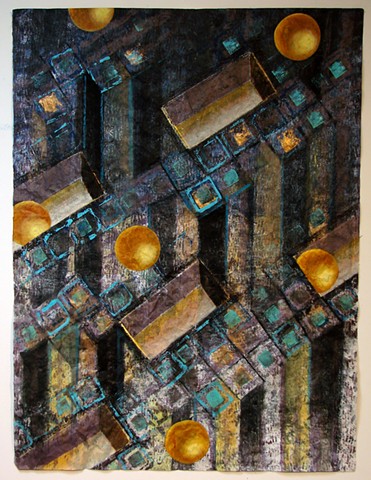 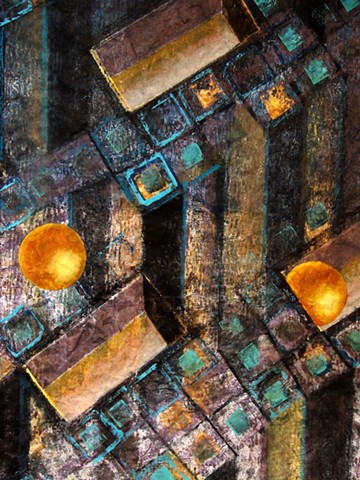 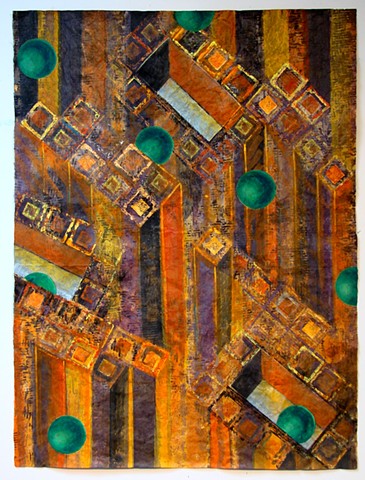 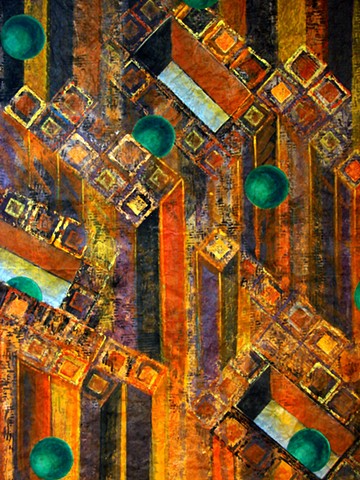 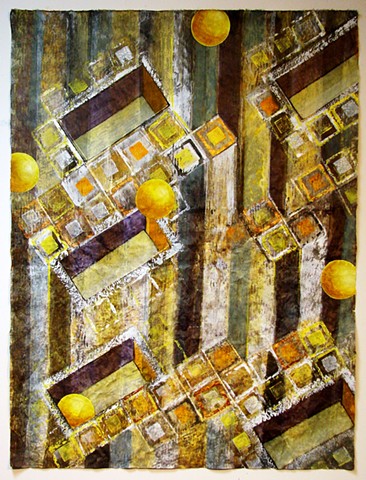 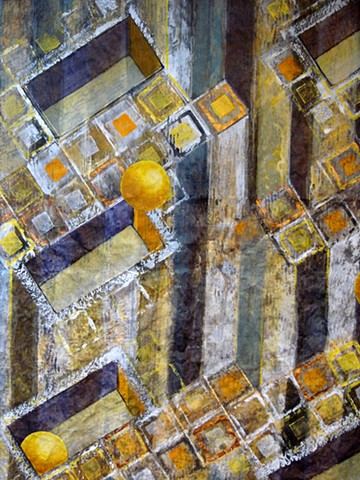 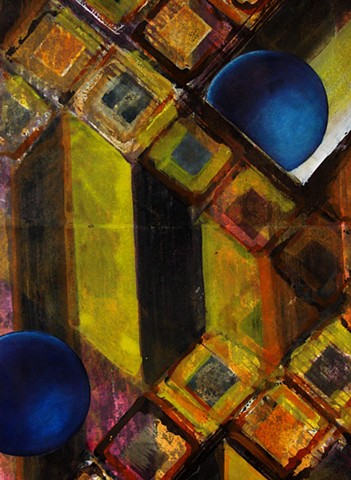 Several years ago, I used some old chair legs positioned between two painted panels to create a piece I called “New Year’s Bridge”. It was done in Rhode Island and was painted at the turn of one year into the next; 2005 to 2006 on the calendar, as I recall. I’ve kept the painting and hung it from time to time because its space and color suggest a passage across to the new year.

Crossing to a new physical or mental space, while challenging, usually provides a vantage point into the future that we may imagine as a positive place for discovery, new thinking and new living. New in this case is partly a refurbishment of what we bring along but more often also includes the construction of elements that will bring changes to ourselves and to our surroundings as well.

The bridge is not necessarily a continuous ramp into these future areas but may present gaps to be taken at a leap. These may be something we are prepared for or may just need to risk. Belief in oneself, in possibility, and in the rightness of outcomes gives wings to these leaps across portions of the new year’s bridge. These are new moments and they represent the present more so than the past. To know in advance every part of the new road is not only virtually impossible but may be equally unfruitful in terms of our openness to discovery and invention. My painted inventions of the New Year’s Bridge for 2018 are a version of discovery and opportunity that may prompt the viewer to jump towards the promise of possibility instead of tunneling further into habit and the past.