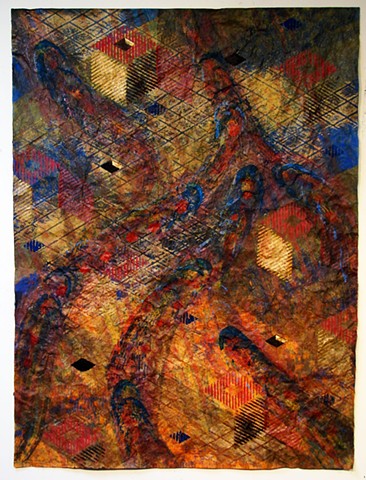 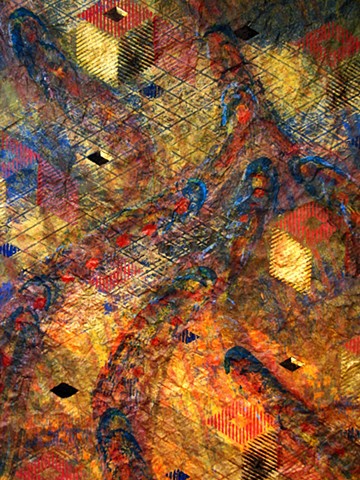 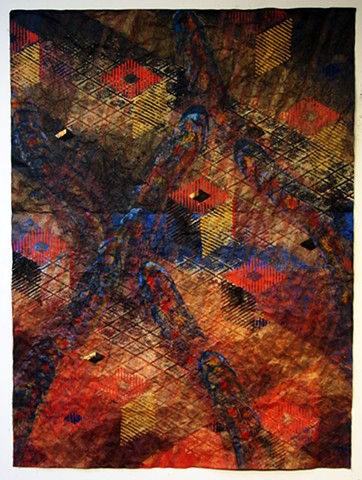 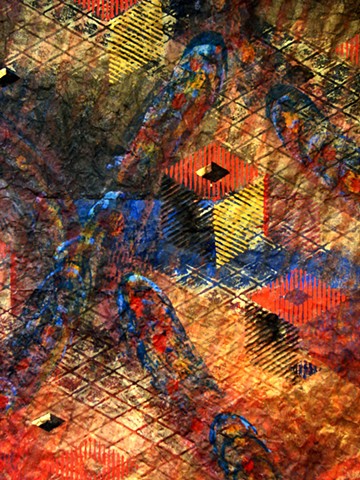 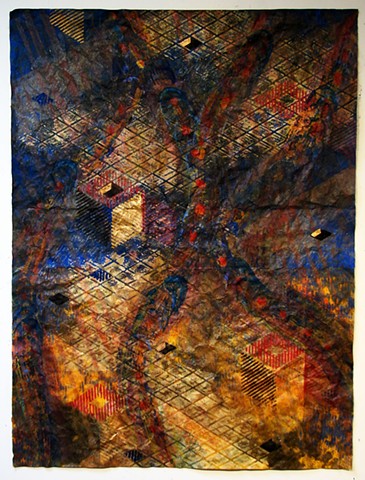 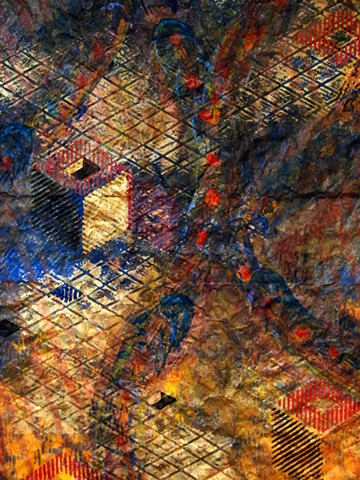 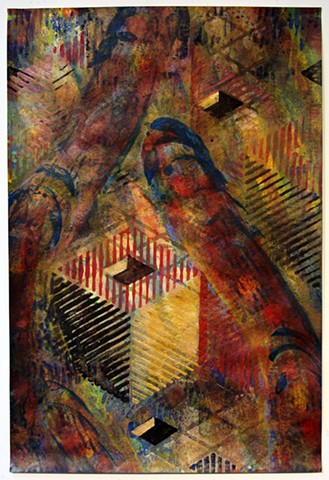 Study for Reconciled
ink, acrylic, and tempera on paper
22" x 15" 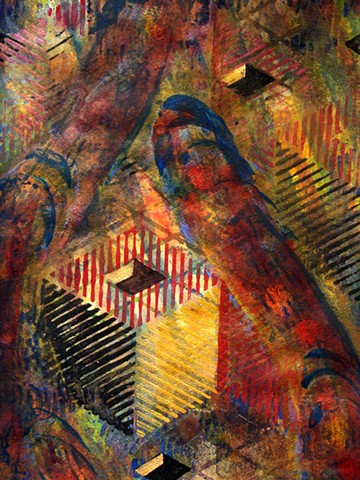 Reconciled to … while painting …

Reconcile verb past tense: reconciled; past participle: reconciled 1. restore friendly relations between 2. cause to coexist in harmony; make or show to be compatible. 3. make compatible, harmonize, cause to be in agreement 4. make (one account) consistent with another, especially by allowing for transactions begun but not yet completed.

The progress of musical compositions often follows a slow buildup of tension that is eventually resolved so that a climax winds down into a state of calm. The progression may then be repeated in subsequent passages or movements. The broad narrative here is one that is echoed in man and nature, certainly in the interpersonal relationships we experience and in the changes that occur as a storm arrives and then passes on.

Visual art – in particular the practice of painting – follows a variety of paths on which tensions or design issues are gradually balanced in some way as a composition takes shape both in the mind of the artist and on the support that is being worked on, canvas, paper, etc. While the final painting does not unfold in this timeframe of creation, it is always part of the attentive viewer’s program scanning the work and taking in the relationships that are presented by the composition of line, shape, form, color, texture, etc. Compositional harmonies arrived at by the artist may well be the viewer’s experience as well.

On-going family difficulties were the original impetus for looking at the idea of reconciliation as a subject for these paintings. In no way are they a description of the issues that brought the idea into focus, but rather became a ground for meditating on the concept of reconciliation. I am trying to examine how, in a systematic way during the course of creating a series of paintings, I might come to a better understanding of the kinds of different possibilities that exist by way of reconciliation and harmony.

In part of each painting a sequence describes various stages towards constructing a six-sided cube in isometric perspective. A variety of diamond shapes drift across the paintings’ space like a discontinuous screen or floating clouds. In the spaces between the details of the cubes a loose pattern of movement grows or courses its way reaching off the edges of the paintings. Like roadways or a forest of tree trunks, these curving paths move around and through the static forms of the cubes. The two realms have an obvious effect upon one another but at the same time seem to exist in different states while sharing the same atmospheric field. What happens next?

‘What happens next’ is, to me, the crux of reconciliation. Which is to say, there are numerous ways to exist in harmony and some are of limited resolution. The kind of flux that surrounds all natural and man-made relationships means that a range of possibilities exists. Between the harmony of reconciliation and the cooperative tensions in limited resolution the kind of eternal dream and stasis that is the unspoken, paradisiacal goal we envision may be out of reach.

‘Next’ is really the major force at work, and only time will tell us how much, how long, or determine the quality of the state of reconciliation attained. These paintings, as a process, attempt to describe a state the that one might begin to imagine beyond their physical frames.