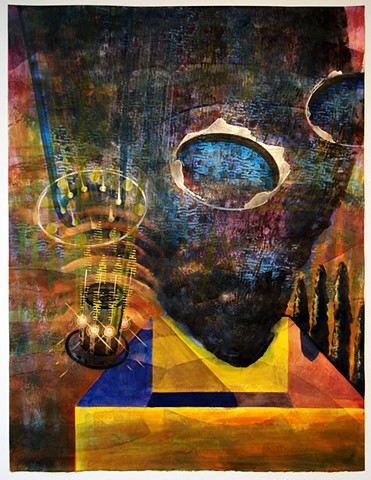 Candle Hat Search - Within and Without
ink, acrylic, and tempera on paper
48" x 37" 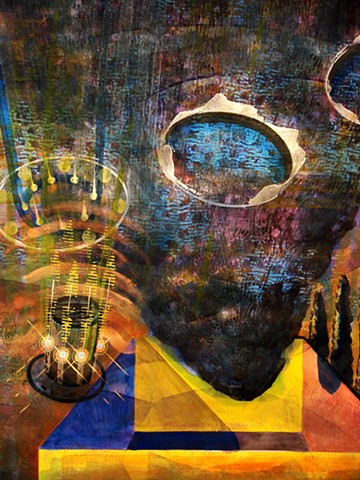 detail - Candle Hat Search - Within and Without
ink, acrylic, and tempera on paper
48" x 37" 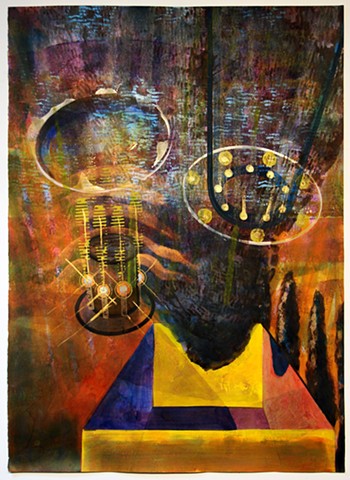 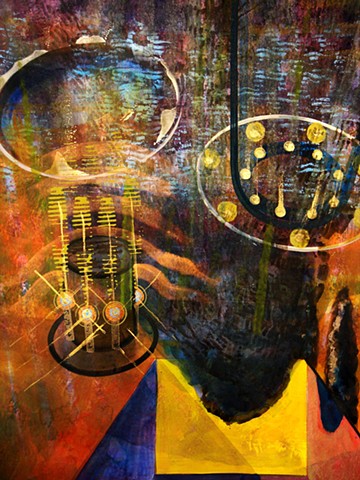 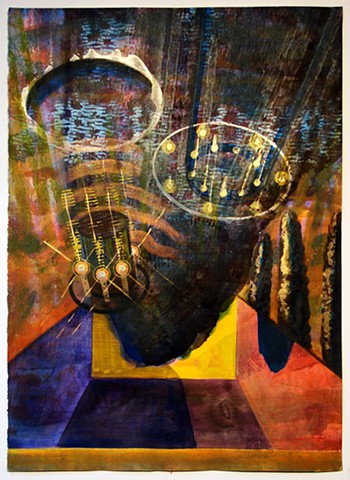 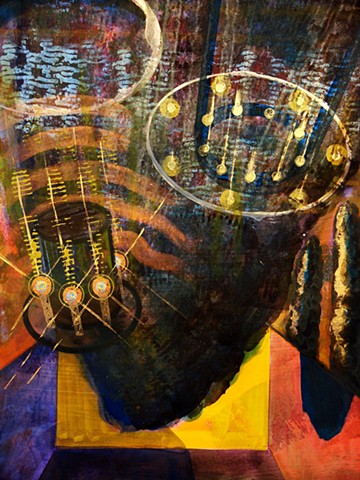 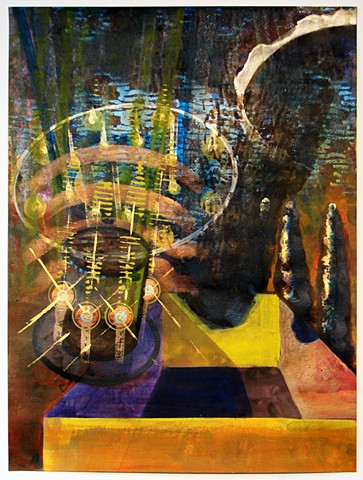 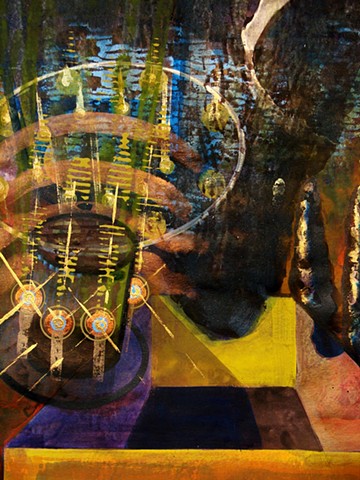 There was a time for Goya when royal favor and commissions were over, and it is believed that the “Black Paintings” which he painted on the walls of the Quinta del Sordo were done at this time. Alone and deaf, Goya worked into the night, and it is rumored that the hat surrounded by lit candles that he had used in the past came to his assistance painting the “Black Paintings”. Some of this, at times even all of it, are relegated to the realm of rumors, but the paintings of the dog, Saturn devouring his children, the three fates suspended in the night air above a lake, etc. challenge some of these rumors.The power and modernity of the “Black Paintings” make an even stronger argument for Goya’s authorship.

Painting inside, on the walls of different rooms, as night falls and darkness surrounds, would be a novel and intense solitude for most any studio practice. I’ve rarely worked at night since my graduate school days, when I painted after spending the day working as a scenic artist in several theaters in St. Louis. Then it was a necessity towards completing enough work for an MFA thesis exhibition, but since then, working at night seems not just unnecessary but the lack of light seems pointless in a way. A friend from California’s incredulous reaction to the idea of the candle hat – a danger to oneself and fire hazard at best – seems totally justifiable to me. But as a metaphor, the candle hat feels like a beacon.

The torch no doubt lit the cave walls around 17,000 BCE for the first painters working deep underground on mural-scapes of the animals they hunted and lived among. Candlelight and firelight have accompanied our lives in domestic and ritual settings for ages. The downtowns of cities glow all night even after the buildings are mostly empty of their workforces. Streetlamps light a secure way in urban afterhours. The intimacy of our lighted screens and the bewildering scale of our lighted landscape seen from space accompany us. What does all this lighted space actually illuminate that impacts our memories and psyches in ways that open and reveal? How much of our illuminated path is a habitual guard against the darkness?

Our minds – like Goya’s candle hat – search our surroundings with light, an unsteady beam that searches nervously trying to discover and then reveal what is inside. The scenarios we uncover are, like the shadows of the rocky surface at Lascaux, prompts that stimulate a recollection of some path of images we are already familiar with and have stored in our mind. Hidden away, awaiting recall, the candle hat’s illumination is a quiet, magnet-like device that kindles imagery and then composes it partly from memory and partly using the topography of today’s living texture. We search continually, following a lighted path of our own design into the future.