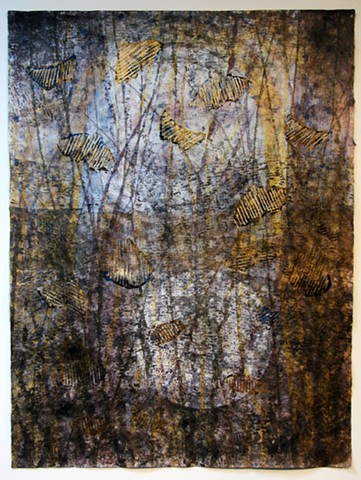 The moon and mountains are a perennial subject for Saigyo and feature prominently In his tanka poems about the seasons. There is a both a softness like the body and wings of most common moths, and a vast sense of space and time to these poems. They are direct and elusive, simple descriptions always with metaphoric distances to explore or take in. If I could ask Saigyo where the moths go perhaps he might suggest that they fly towards the light of the autumn moon where they become a part of its distant, soft light until Spring when suddenly they are shadows on his paper walls or at our dark night windows.