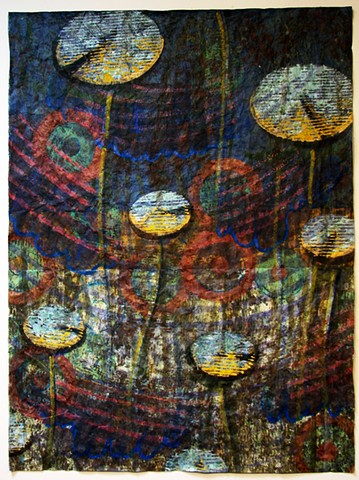 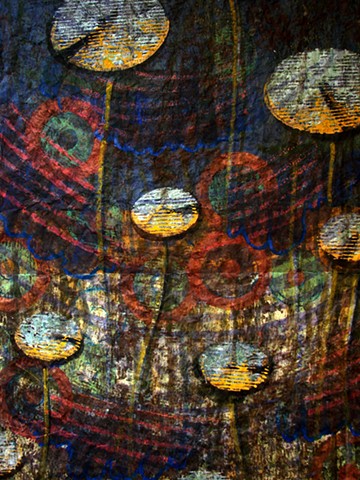 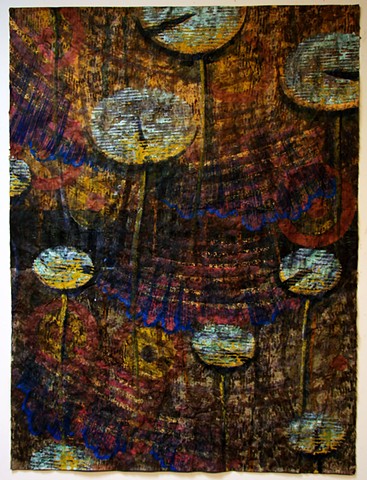 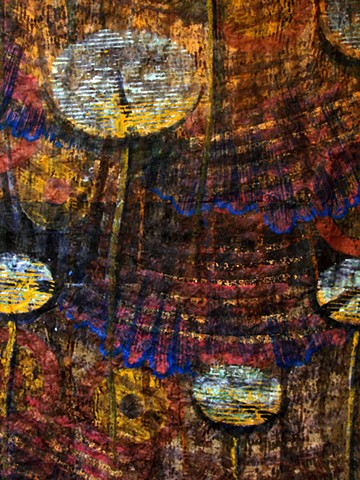 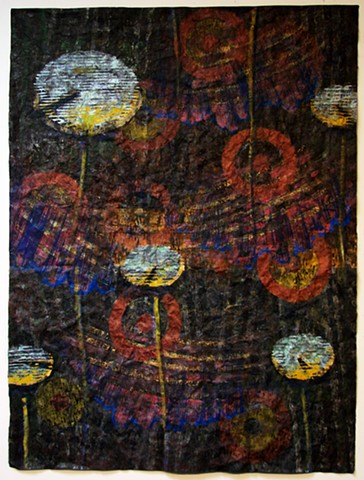 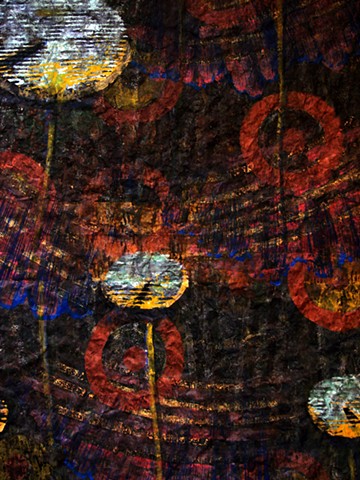 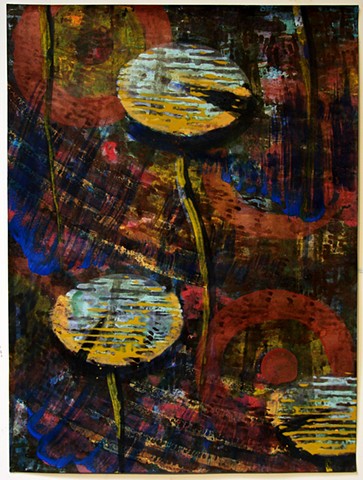 Study for Generation of (Silent) Spring
ink, acrylic, and tempera on paper
24" x 18" 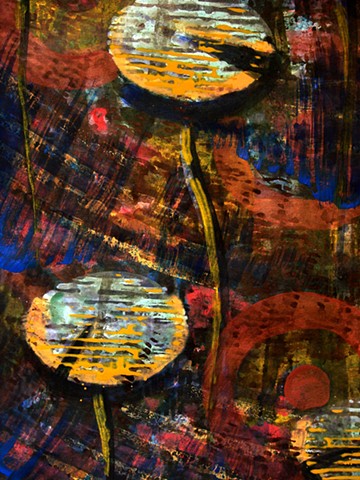 The first Earth Day, I painted a billboard on the side of the Midtown Chophouse restaurant at the corner of a side street and the main Broadway thoroughfare where it could be easily seen by anyone heading uptown in Kingston, NY. The image I painted was a large dragon under which the slogan “Slay Pollution” was lettered. The dragon’s pose was one that I thought suggested two things: its ferocity and its eventual weakening and demise. As I recall, I was probably 16 at the time and, unfortunately, don’t have any record of it.

This year’s observance of Earth Day marked its 50th anniversary. In 1962, Rachel Carson’s Silent Spring was published and after congressional hearings and with the support of presidents Kennedy and Nixon, Earth Day was established along with the Environmental Protection Agency. DDT and coal-fired power plants were the major polluters of the day in the 1960’s. Coal and fossil fuel production remain with us and continue to threaten the planet which by scientific consensus is headed towards irremediable global warming. Then, like now, it is money and greed as opposed to egalitarian and environmental consciousness that is driving us towards disaster.

I was thinking about adding another small series of paintings about Spring to the body of work done since moving to Santa Fe. The seasons have become a focus and this group of Spring paintings was to be this year’s meditation on that season. With Earth Day in the news, I found myself thinking about climate, drought, and acid rain. The paintings began with concentric circles stamped across the surface like flowers beginning to bloom. Initially they resembled targets, and so I decided to move on to another layer in the foreground which became a series of lily pads floating above their tethering stems on a pond surface. Rain clouds came next, filled with the potential to deliver life to the Springtime but in this case the clouds and colors are meant to also read as the ominous possibilities of acid rain. The generation of springtime seems to still be threatened by conditions of our own making that may very well contribute to our own destruction and the finality of a ‘silent spring’.