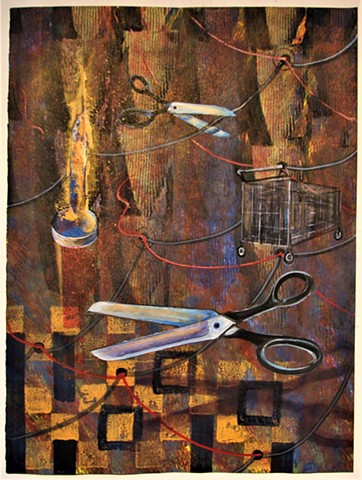 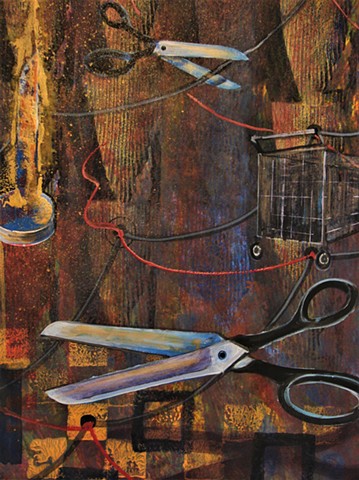 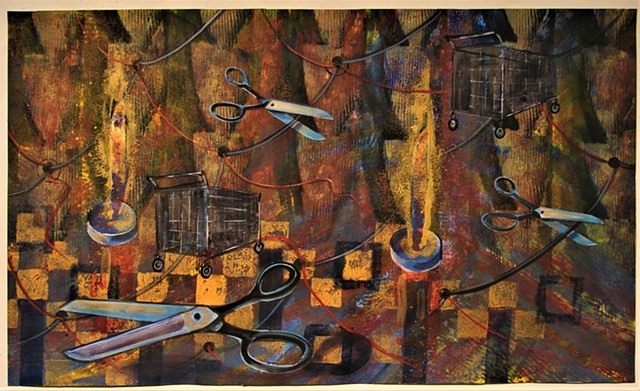 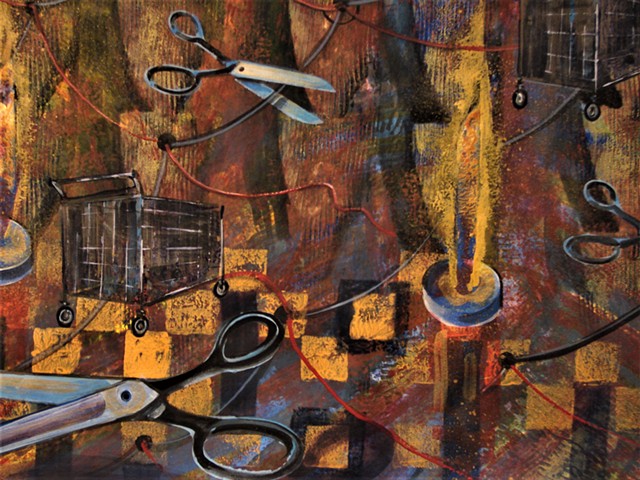 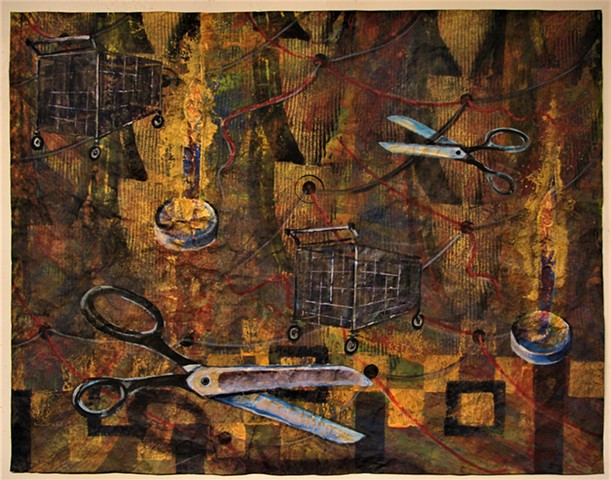 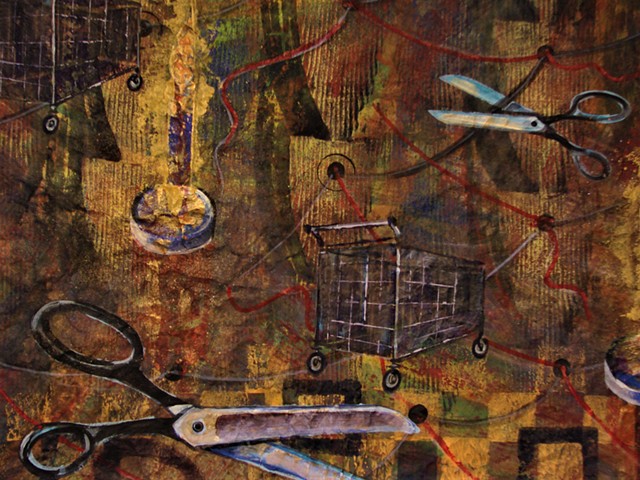 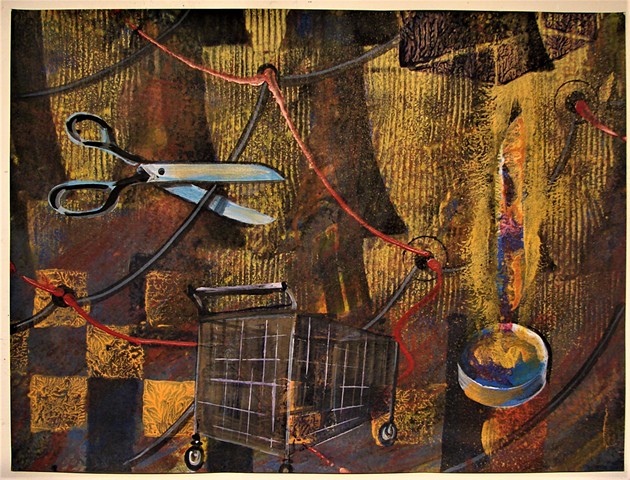 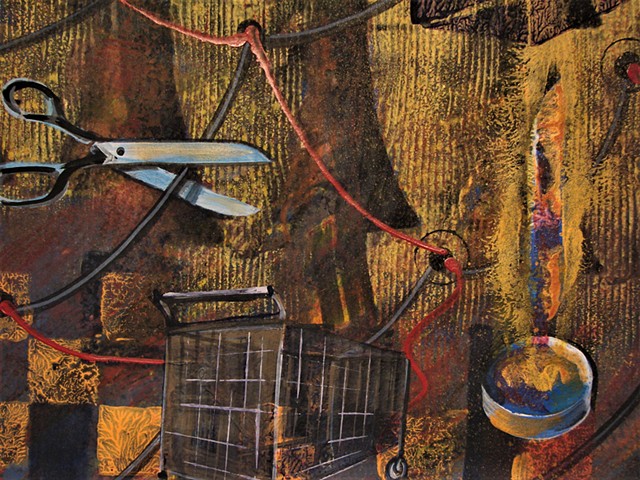 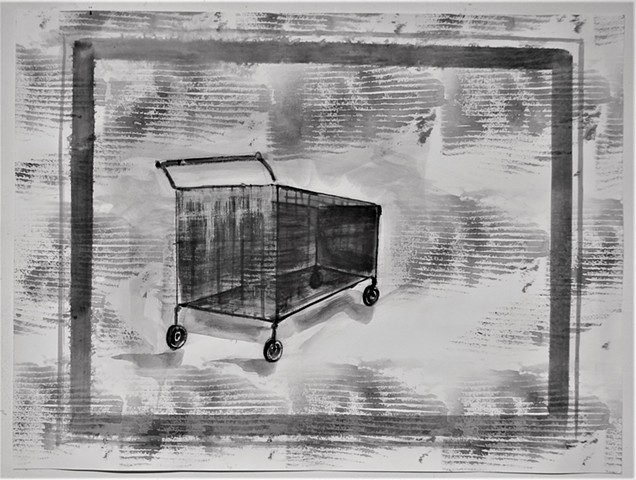 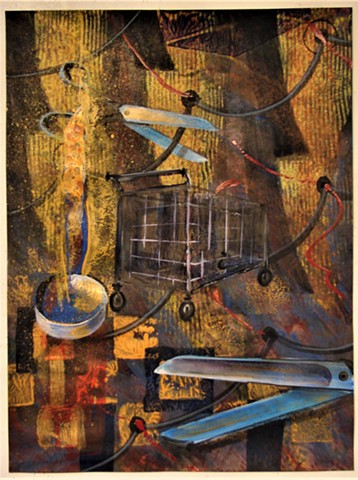 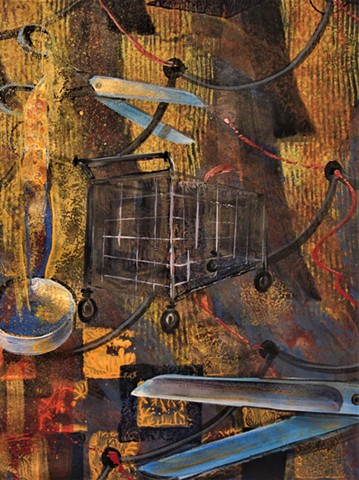 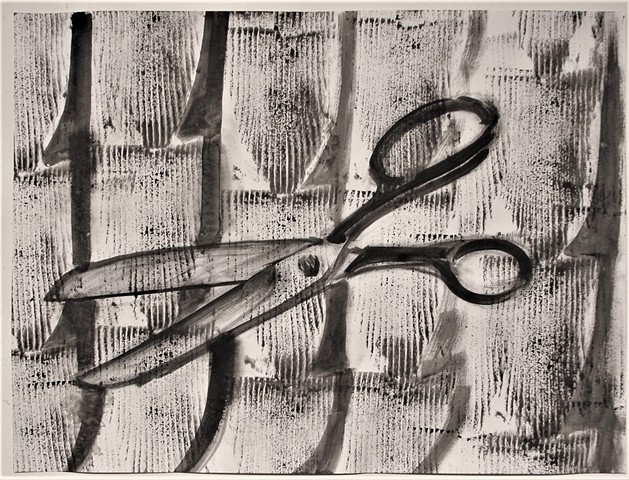 Wayfarers at one time traveled the length of Europe in search of work. Day-laborers of the not so distant past, they were tolerated as they were used, and when the work was finished they were shown the door. They carried their clothing and possession on their backs. There was no home since the next paying job, food and shelter too, was where they were heading, along their way.

Migrant labor springs from the same pattern and is a part of our political and social landscape today. The same sense of being rendered expendable and having only temporary accommodations is the legacy that wayfaring has become for the migrant.

Existing somewhere just outside this, is the jobless condition of the homeless, who temporarily inhabit their places in our 21st century urban environments. Unlike the wayfarer or migrant, the homeless are not on the move except to transfer themselves and shopping carts of their belongings from one urban encampment to another. The complete lack of any address these days, makes homelessness a condition that exists outside the marketplace in terms of work, jobs, even day labor in most cases.

One of Goya’s paintings from La Quinto del Sordo known as “Atropos – or the Three Fates” depicts a person being carried above a twilight landscape by the three fates. Clotho, the spinner of the thread of life carries an effigy of the man; Lachesis, who weaves the thread is holding a mirror or magnifying lens; and Atropos is holding tiny scissors, having presumably already cut the man’s thread of life. The darkness approaching in the landscape is what also descends each night on the homeless individual and on homeless encampments in our cities.

There is no place to hide, except perhaps in a tent, or cardboard box that will cover a sleeping bag. The weather, like nightfall, descends as a matter of course on these fragile shelters. There is nothing permanent here and the streets become a hunting ground for Atropos.

Drugs get cooked more often than food. There is limited access to clean water and only a sunny day can dry out the rain-soaked. Likewise the sun or perhaps the grating in front of a heated building are the only heating available in winter. Atropos typically goes after the old, the sick, those weakened somehow. ‘Somehow’ is the address where hopelessness, drugs, and the disconnected exist alone and vulnerable to the cutting menace of Fate.

No matter how accustomed to this condition we might become, either inside or outside of it, there is an immediacy to non-existence that moves like the shadow of Atropos, down our streets and across our lives. Is this what it was like to stand in a crowd and witness an execution?