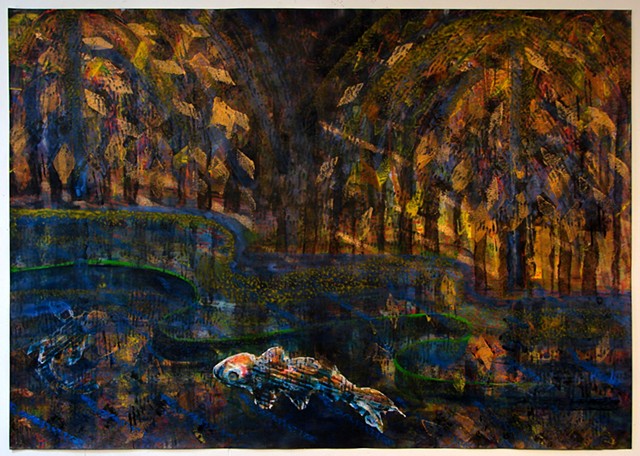 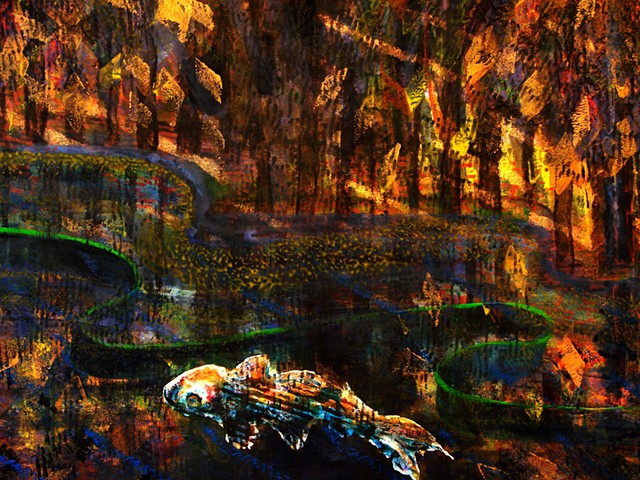 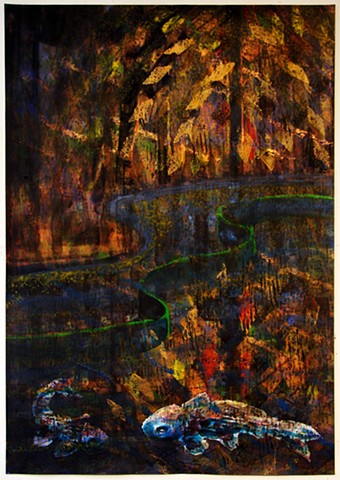 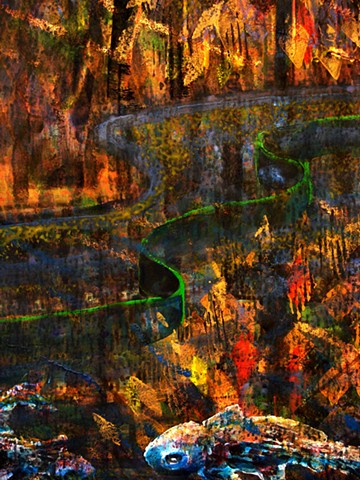 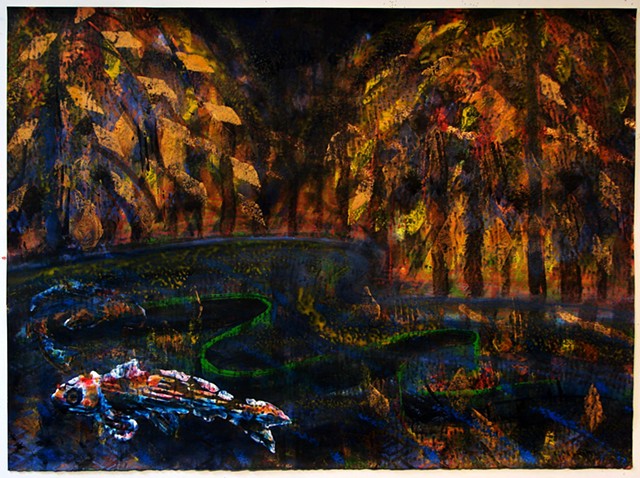 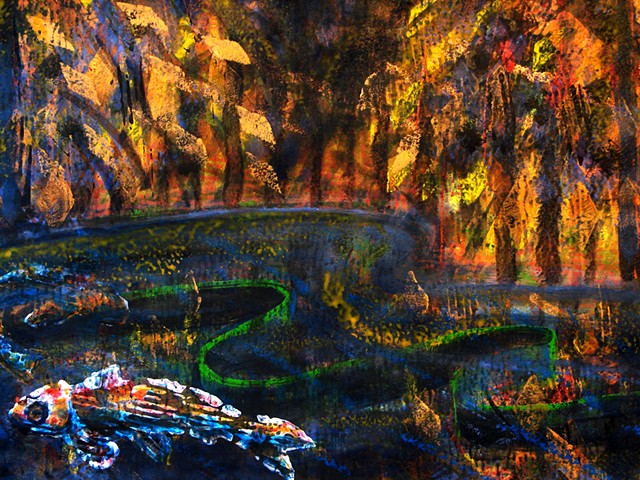 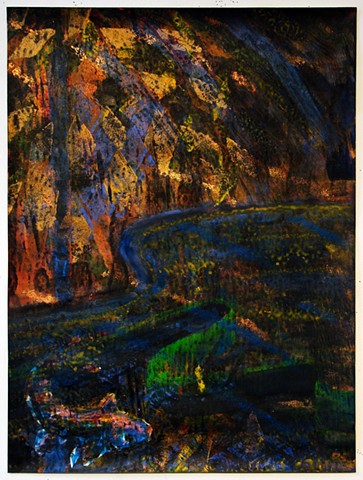 Study for The River Trees
ink, acrylic, and tempera on paper
24" x 18" 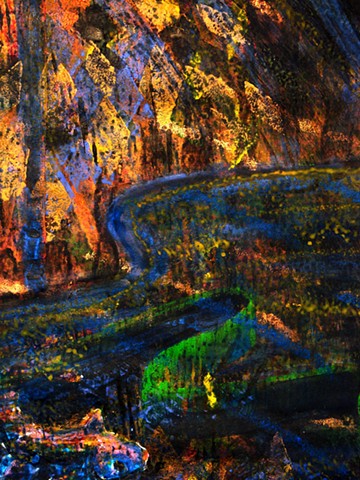 They grow in their unique ways around the world, the river trees. Here in New Mexico beside the Rio Grande the cottonwoods flourish. Along the creek sides in NY State where I grew up, the Weeping Willow extended its rope-like branches until they touched the water and reflected even further beyond into the slowly moving current near the shoreline. River birch, sycamore, and cypress often have their roots in river mud. From the water’s edge a series of trees raise their crowns into the same sky that is reflected in the passing streams.

Walking or floating beneath these crowns is like watching the same journey the river takes when it finally branches into the deltas that spread their fan-like paths into a gulf or ocean. The time that is measured in growth rings expands into the projecting bulk of the branching river trees as they spread outward toward the sun. The river’s time has its final moments as it empties from the bank-lined fan of the delta and becomes a part of the greater bay or ocean. Boundless sky and water frame the days, years, and decades of quiet currents pulsing across the surface of the earth. Even the seasons and their effects, the changing forces of wind and climate only slow or divert, but rarely stop the growth process of the trees that stand next to the flowing river.

The ancients invented a water clock to measure the lifespan of mankind in days, hours, and minutes. The water that we live by, as it is manifested in the river trees and the great moving environment they are reflected in, has a duration that is both hidden and majestically visible. Their pace and the mirroring qualities of their graceful symbiosis is perhaps the closest measure of an eternity that was, is and shall be continuously outreaching our own lifespans and their simple estimates of time.