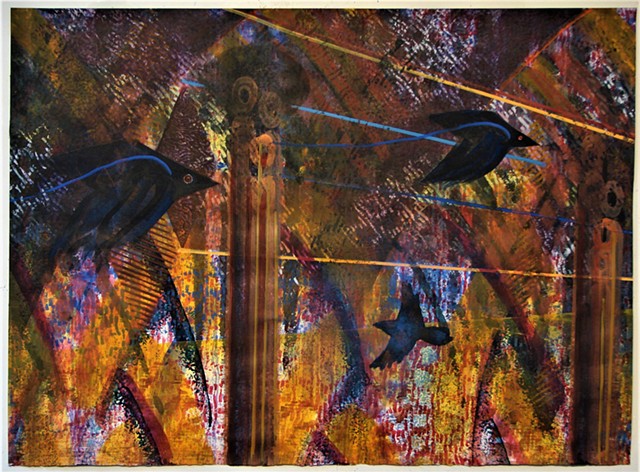 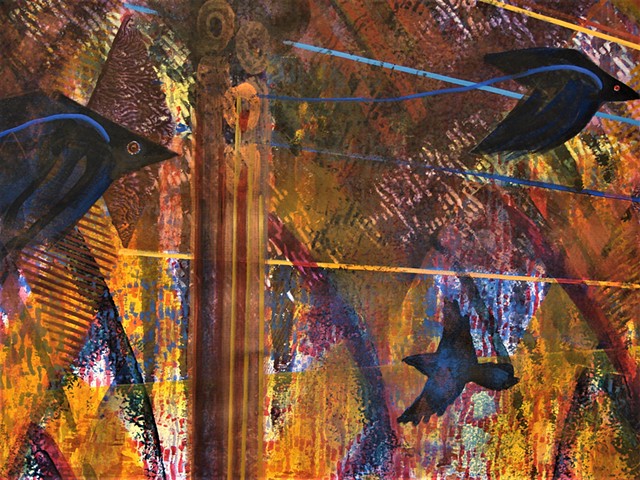 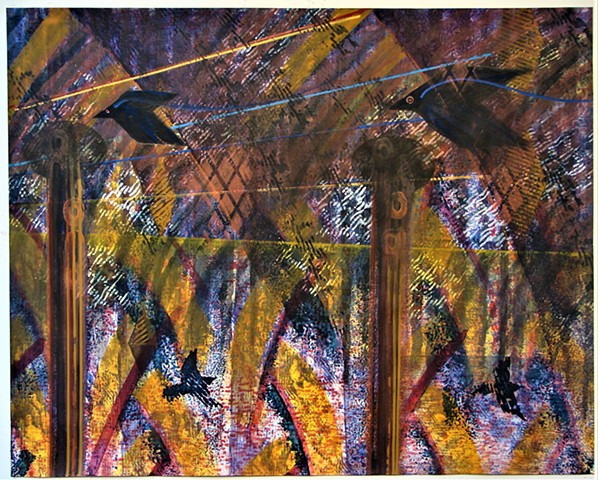 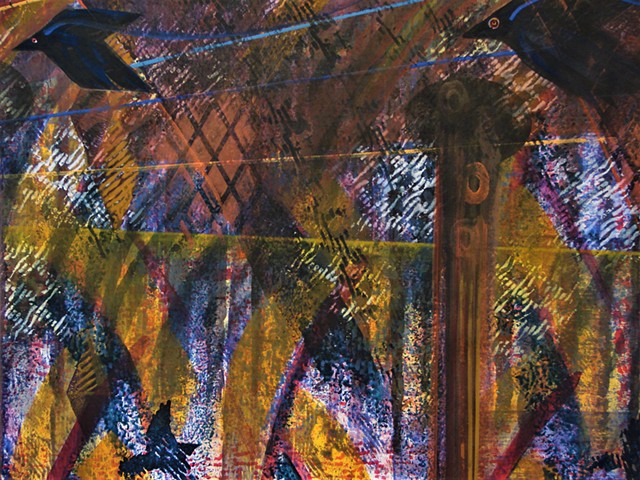 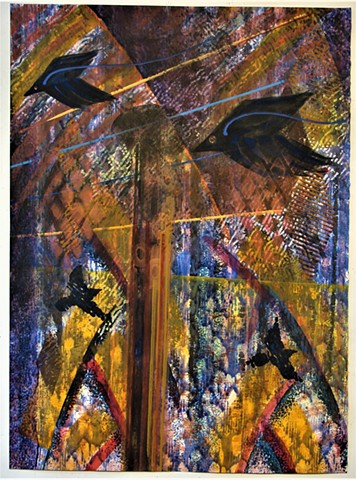 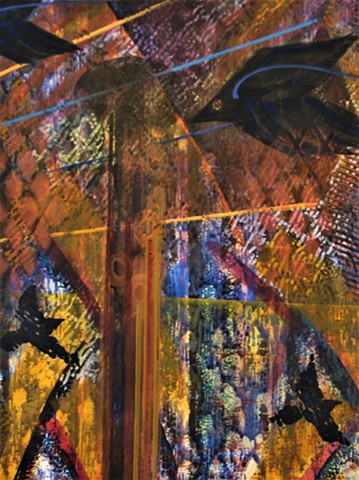 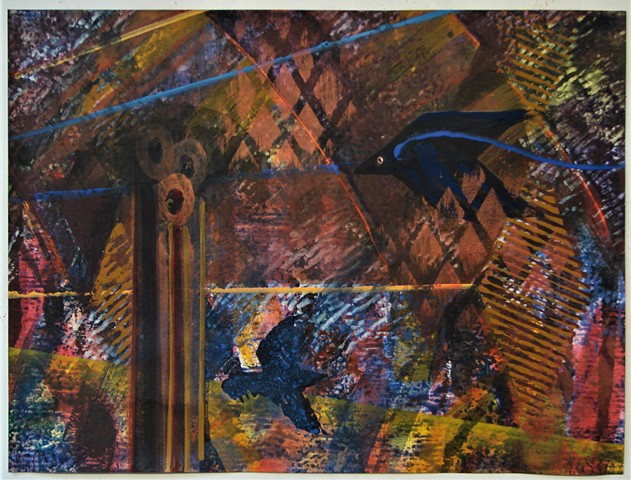 Study for Cathedral of Instinct
ink, acrylic, and tempera on paper
18" x 24" 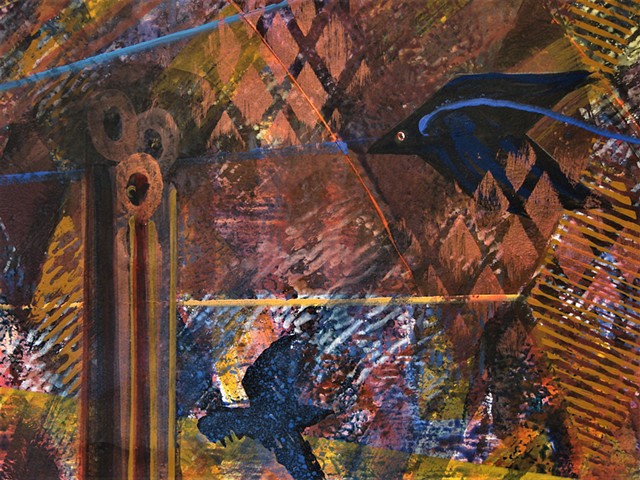 detail - Study for Cathedral of Instinct
ink, acrylic, and tempera on paper
18" x 24"

I am surprised that in the past couple of years my tendency towards work that was more abstract, non-representational in detail, and more in keeping with the old Abstract Expressionist dictates to maintain the flat ‘sanctity’ of the picture plane, has more or less fallen by the wayside. This was not an intentional program nor progression but rather one that seemed to gradually instill itself into my paintings and their imagery.

Moving to a semi-rural setting for the first time as a practicing artist, and not feeling as though there is a particular message or purpose to my painting, has undoubtedly sponsored these changes in the space, details and forms that have been presenting themselves in my work. For example, without necessarily subscribing to the idea that ravens are some sort of go-between to a spirit realm, they nonetheless are a compelling part of our everyday existence here, just outside Santa Fe. Their ‘speech’ and frequent ‘conversations’ in the big tree in front of our house are more or less a daily reminder of their lives and how closely they exist within our daily patterns. In some way they do function for me as a connector to the landscape and its seasonal turnings, all of which remain familiar and unfathomable at the same time.

The space is open here, with a wide arroyo running just behind us, and mountains in the distance presenting a visual perimeter of our horizons to the west, east, and north. The sky overhead is a three-hundred-and-sixty-degree panorama of clouds and stars, day, and night. The distances are greater and register more profoundly than the walled-in city environments and vistas that had been familiar for most of my adult life, from Philadelphia, St Louis, Chicago, and Los Angeles to the San Francisco Bay Area. The flatter, more abstract paintings I did in Alameda, Ca. have now become more like staged spatial arrangements, designed with texture and atmosphere as the background for imagery and sometimes paradoxical geometric/architectural figures. Ravens, banners, Penrose triangles, raking walls make an appearance in many of these settings. Movement now goes into the illusionistic space of the paintings as much as across and up and down the surface of the paper I am working on.

Still, thinking about these new paintings, “Cathedral(s) of Instinct” last night, I began to wonder whether I might be creating these new extended spaces in a less than conscious way so that I have become a guest in my own painted worlds. Or is it just that the environment that we live in now, here outside Santa Fe, has quietly mandated a different kind of thinking about the space and light that we exist in?