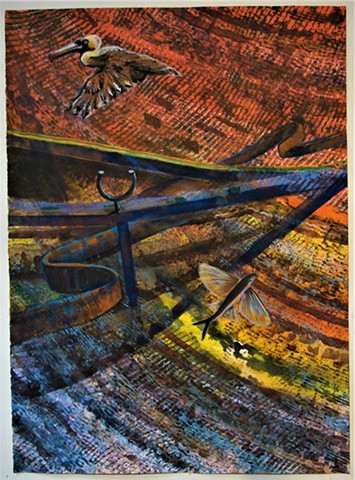 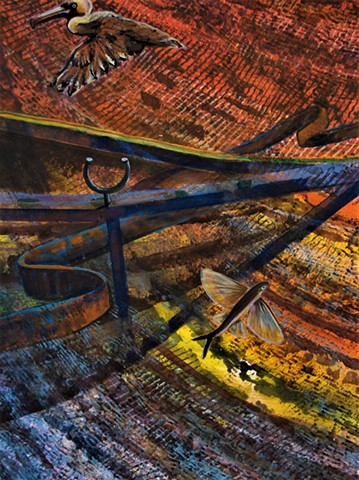 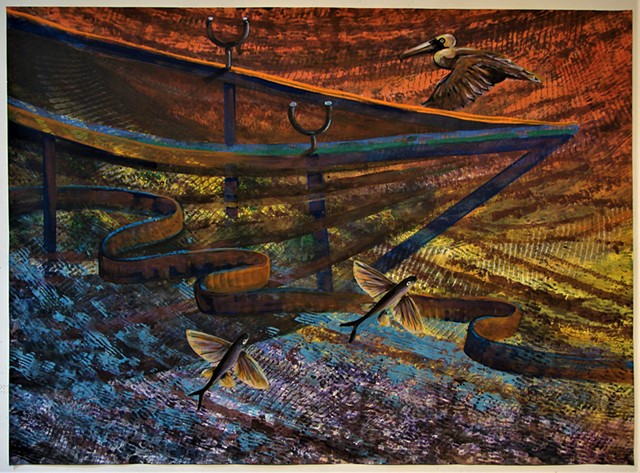 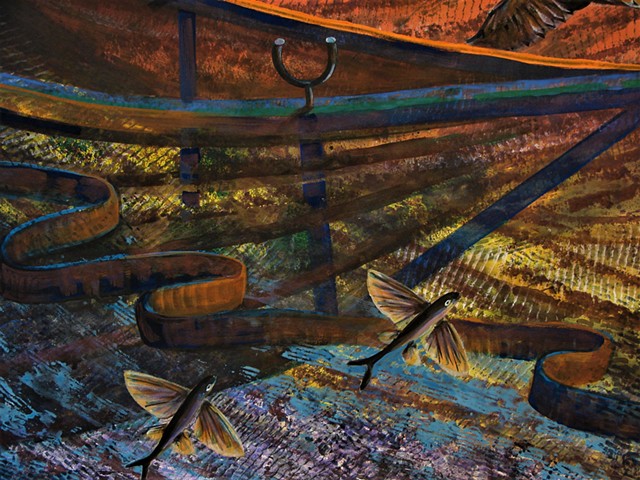 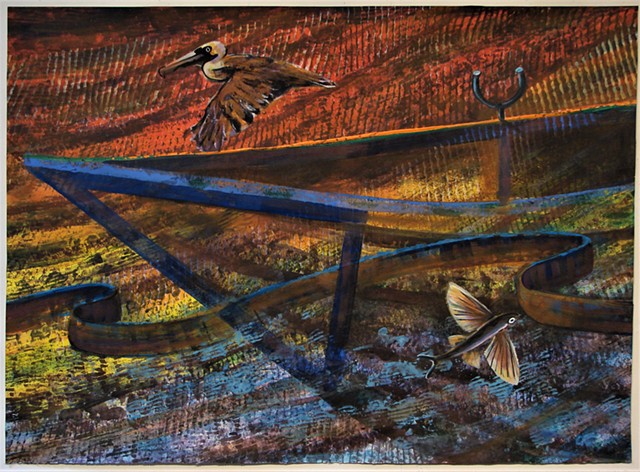 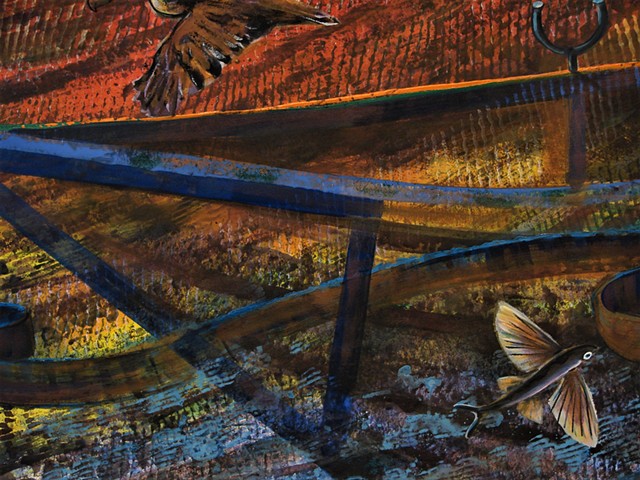 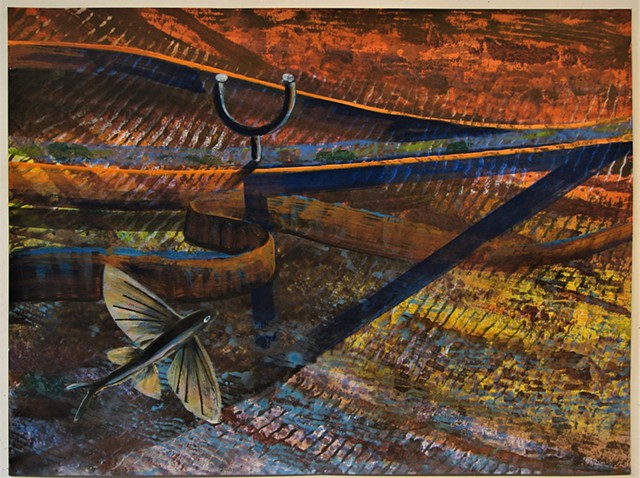 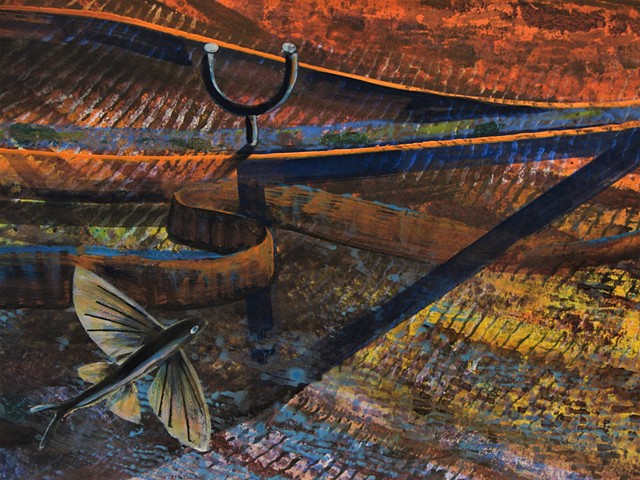 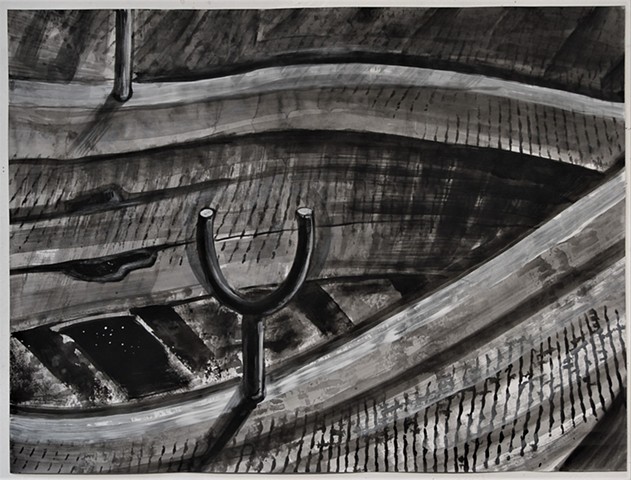 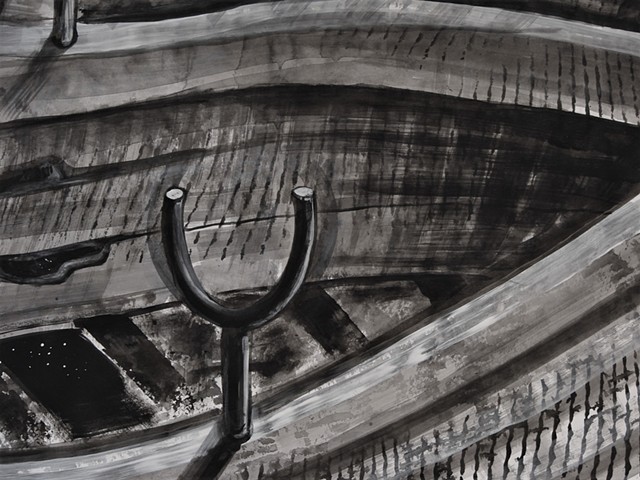 Empty Oar Lock and the Question of Movement

When the clouds fly, the moon travels; when a boat goes, the shore moves. – the Buddha

We are accustomed to being able to propel ourselves either physically or in thought to somewhere beyond where we are currently standing. These abilities are learned as skill and knowledge accumulate throughout our lives. More often than not we may take these continuous acquisitions for granted, assuming mobility and movement of ideas are just one of the operating frequencies of life as homo sapiens.

When physical mobility is encumbered by illness, disease, or accident we are often still able to move mentally into regions of thought and communication without compromise. The late Stephen Hawking comes to mind, as one extraordinary example of this. When our mental movements become challenged by age, a stroke, weakness from illness, or even lack of stimulus, there is often less compensation to be had from continued physical activity and strength. I cannot really enter the realm of empathy that honestly – without pity or sympathy – is able to come to a viable understanding of how a compromised mental state and a healthy bodily constitution coexist. Alcoholism or drug addiction might be the artificial equivalent of a mental breakdown without – but usually eventually occurring – physical impairment. Much of what transpires when either free ranging mental or physical movement fails is something that we generally keep at a distant periphery in our lives if we can.

We are a species of language. The use of words is the defining characteristic of homo sapiens, despite the need for translation and the mental gymnastics of interpretation. We name and describe everything using a lexicon that has been learned and can be more or less instantaneously brought from thought into speech. It is extremely difficult for us to leave this realm of word-driven thought and still feel as though we are functioning. Only thought-emptying states like the Zen practice of sitting zazen open a potential word-free portal, but then the attempt is also, as I understand it, to bring a cessation to movement as well – just existing not necessarily interacting with the usual learned and instinctive reactions to the world around us.

Kafka often created narratives that suggested both the possibility and impossibility of movement. “The Hunter Gracchus” is one such tale wherein the eternal existence of Gracchus is neither one of life nor of death. He has been left suspended between these two states – moving and immobile simultaneously. The sails on the Hunter Gracchus’s ship are so dilapidated that they cannot possibly help to propel it and yet it moves constantly, likewise being denied a permanent harbor – death and life simultaneously.

When the oars are pulled into the current and the oar lock is left empty, what is it that moves the boat along? Is there an infernal vertigo that takes over or is tidal movement another instance of gravity? Plus and minus – movement and stasis – existence and what?