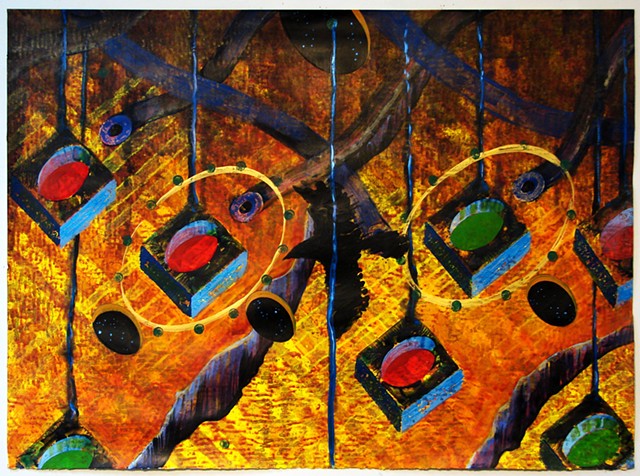 Introduction to Impatient Navigation - Spectacle Then
ink, acrylic, and tempera on paper
27.5" x 38" 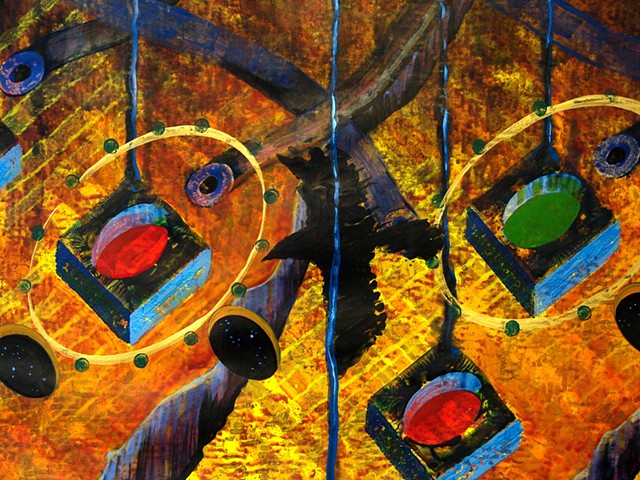 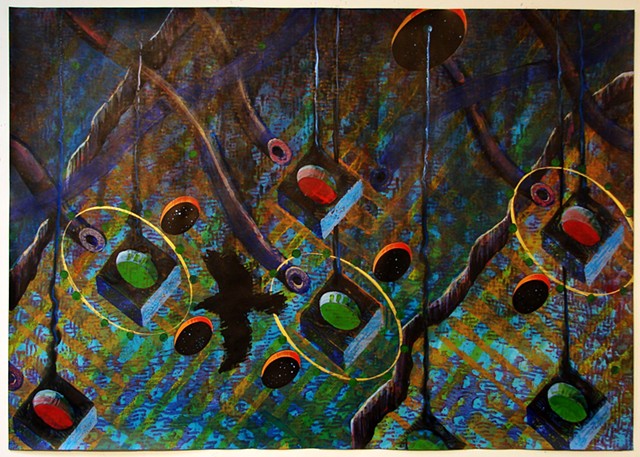 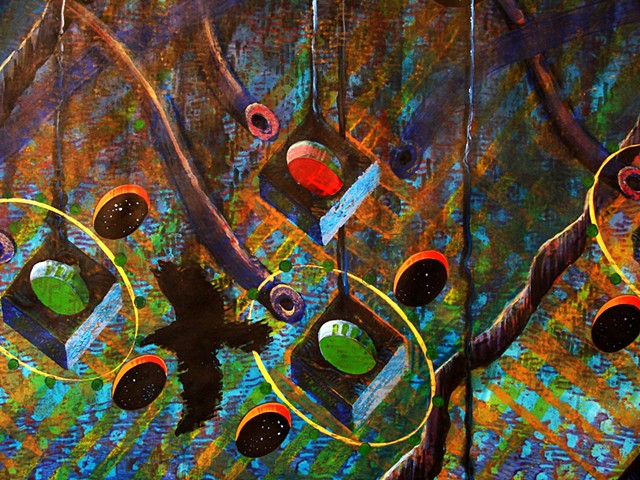 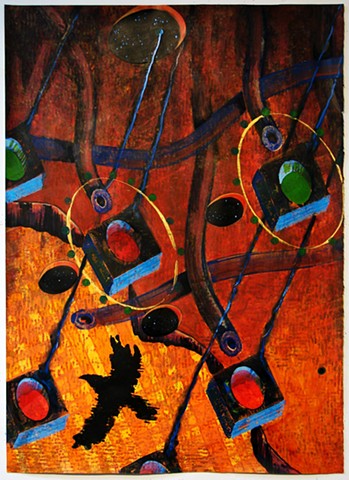 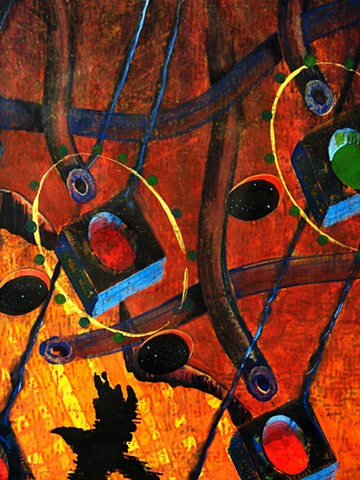 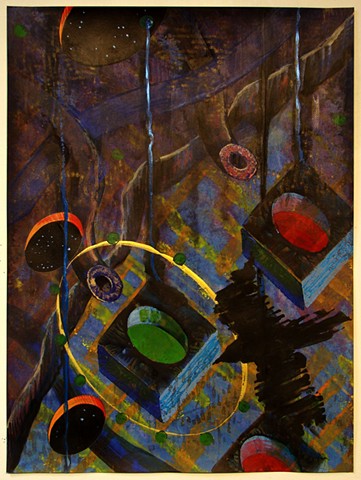 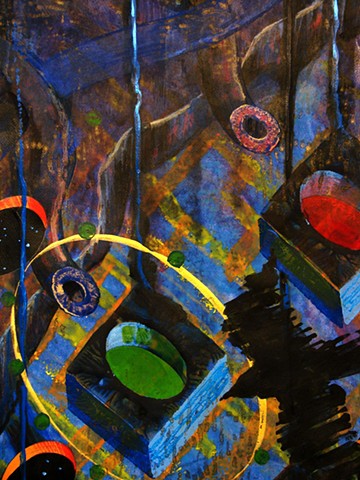 Both the notions of “time travel” and “quality work taking time” have held a fascination for me in the studio for a couple of decades now.

I respect the fact that in order to be a decent musician, one needs to spend time practicing scales, chords, arpeggios, and theory too. For painting, perhaps drawing and color theory might, in their demands of understanding through practice, represent a similar necessity of discipline. The steps a professional woodworker takes from the selection of material to the final sanding between finish coats is an example of “quality work taking time” that is very apparent in the final product. The differences between the craft of the woodworker and that of the painter or musician are not that remote. Perhaps only the kind of thinking that each entails is the real difference, and this is where my mental practice of “time travel” contributes to the distinctiveness of my studio practice. Especially now.

To garner an idea or image in one’s mind and then pursue the parts of that idea or image as it evolves during the creative process is one aspect of the “time travel” I am talking about. The other aspect is more literal in the sense that as subject matter, time remembered, and time’s promises are often tied to the themes I am exploring. This second aspect is likely part of the initial idea that then requires an image in my painting practice. But, unlike a collection of snapshots in the family album, or a report that is stapled between its cover sheet and index, an idea becoming an image is not static, nor particularly stable as it is developed into a finished piece. Unlike the woodworker, who may be executing the plans for a beautiful chair or table, when the colors begin to be layered on a large piece of watercolor paper in my studio, I am not replicating anything that has that kind of specificity. The challenge and the freedom of this approach are something altogether different and likewise different for each painting that I undertake. The only similarity is the sense that a kind of “time travel” will evolve as the idea emerges.

One consistent element of my approach to a painting has been a progression from texture to pattern to form. This is where the craft and quality of the work is brought to bear on the particular idea or theme that is evolving. A kind of sharpening of focus happens when moving from overall texture to establishing the rhythms of a pattern. Since space and color as light are, for me, key elements in a composition, the background of texture and pattern make up the field on which forms can then be brought out to suggest movement throughout the composition. Like a musical idea with its harmonic structure upon which a melody is then sent dancing along, I attempt to create layers of content in my paintings that can play the same roles with texture and pattern establishing the harmonic content for a song of what amount to symbolic forms. It is my hope that the content or ideas represented in the paintings suggest meanings that do not rely on familiar symbology, but instead that the context of the forms allows them to be translated into symbols suited to one’s interpretation. Symbols are risky business when they carry the recognition of a history or ideology. Unfamiliar or perhaps invented symbols are equally risky unless the viewer is afforded the freedom to interpret them to the best of his or her own ‘knowledge.’ And of course, when it comes to knowledge: What do we really know in the short time we’ve been around?