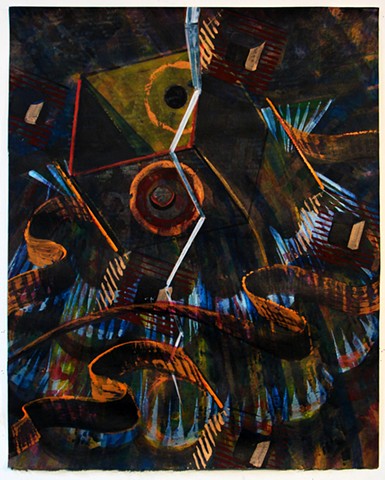 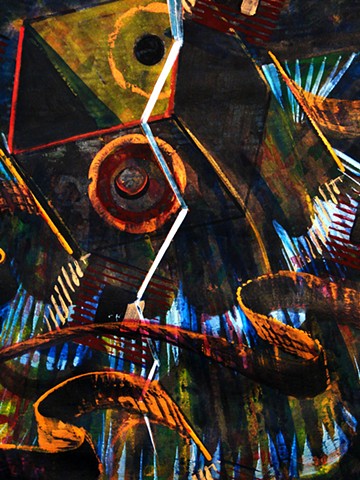 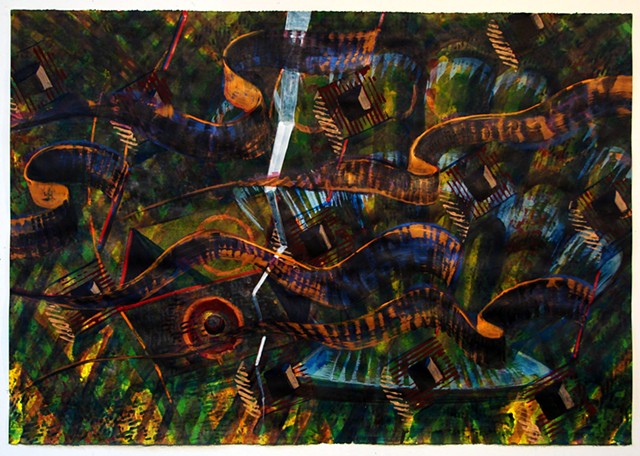 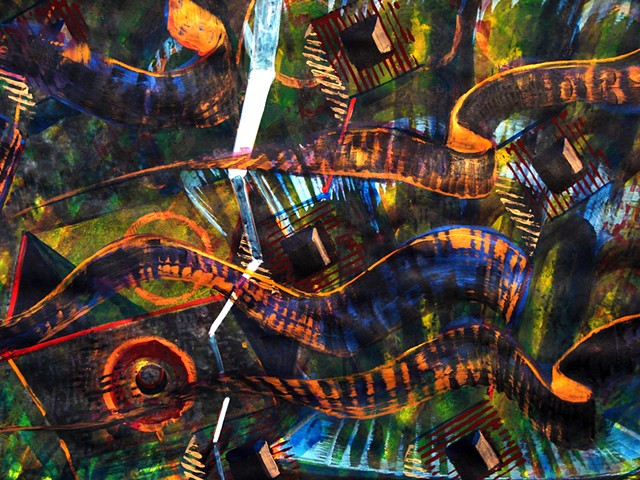 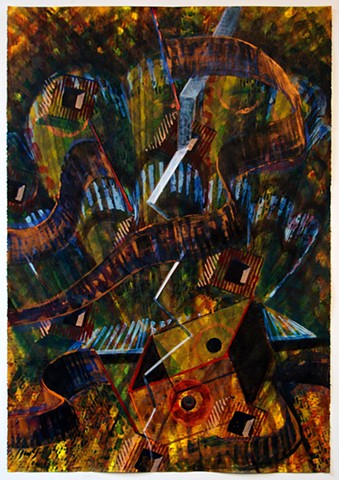 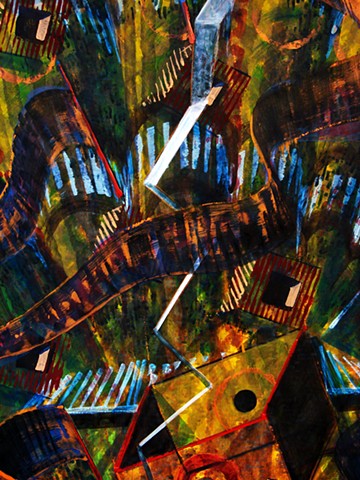 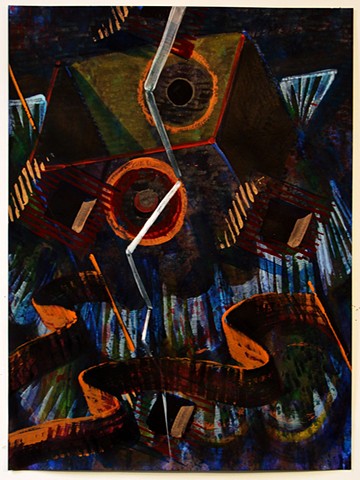 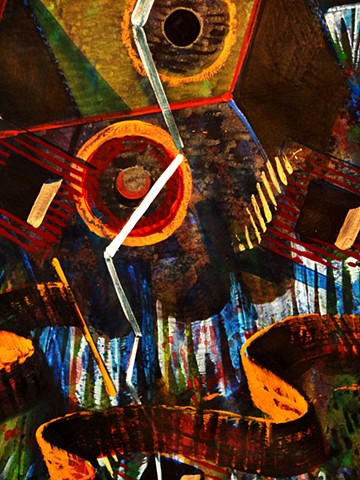 AR Ammons I would like to explore a kind of counter notion to the ideas in a recent series of paintings titled “You Follow Yourself” about the idea that Alan Watts expressed in “if it doesn’t come from yourself where do you get it?” The question that was left lingering after subscribing to Watts’ idea is one that wonders whether it is ever possible to separate oneself from the so-called self which seems to absorb and direct all our actions and reactions. This would amount to establishing a direct ‘contact’ with the world/universe, an idea from HD Thoreau that David Hinton examines in his book, The Wilds of Poetry. Is it possible to describe the condition of ‘contact’ and the relinquishing of much of what we consider to be defining aspects of ‘self’ in the context of a painting?

Probably not, would be the simplest answer. But, as long as our eyes are open we experience seeing the world and perhaps then a painting can lead to an open-eyed honest connection to the universe that while it can never relinquish seeing perhaps could examine the challenges inherent in an effort to understand, if not actually realize the idea of ‘contact. Sweeping away the physical realm and closing one’s eyes to existence seems like such a disconnected state for me that my tendency might well be to resist the emptiness that is promised as an ultimate goal.

A guide is usually suggested, a teacher to open the way to attempting the discipline that allows for the gradual relinquishing of the ‘self’. The idea of a pilgrim, the unaccompanied effort to trace one’s way is discouraged, cited as dilettantish. Painting, though being a more or less solitary quest should then also be cited as too solipsistic to ever be able to approach the states of understanding emptied of self and allowing the embrace of ‘contact’ with the universe.

So, this is an obstacle and maybe a disqualifier. And yet, painting taken as a ground for serious meditation – which is how I attempt my own studio practice – may open one to possibilities that the passive state of zazen, for example cannot see into. Hubris and ego are not necessarily components of making a painting as much as the popular labels for artistic activity might insist. Instead, the opening of the imagination during the process of composing and constructing a painting may be just another route, a meditation of a different but equal strategy.

The observatory of the painting studio needn’t be one claimed by the filters of ego-based experiences but rather may exist as a realm that is opened by the imagination to access that which is normally hidden.