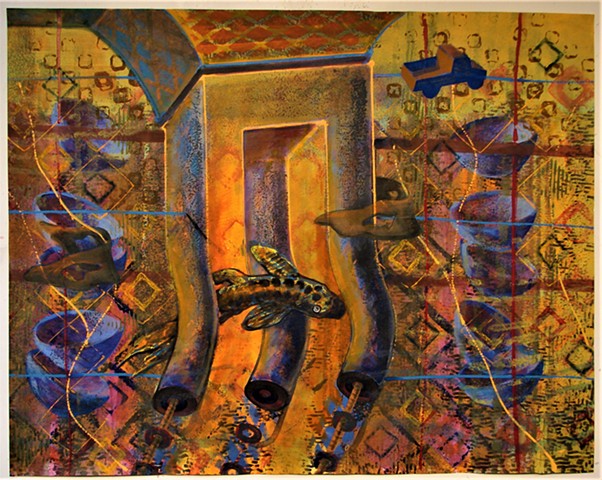 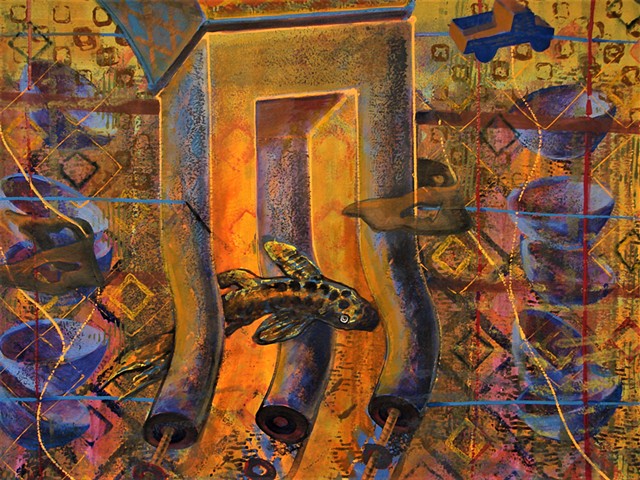 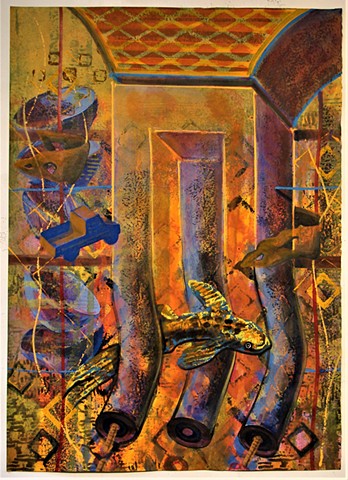 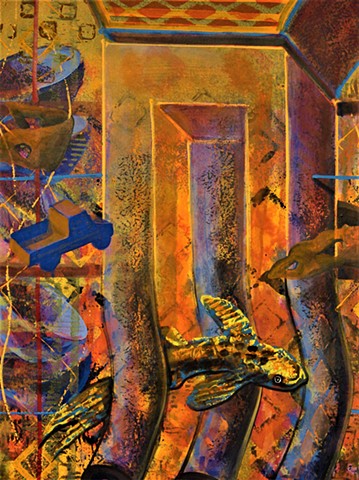 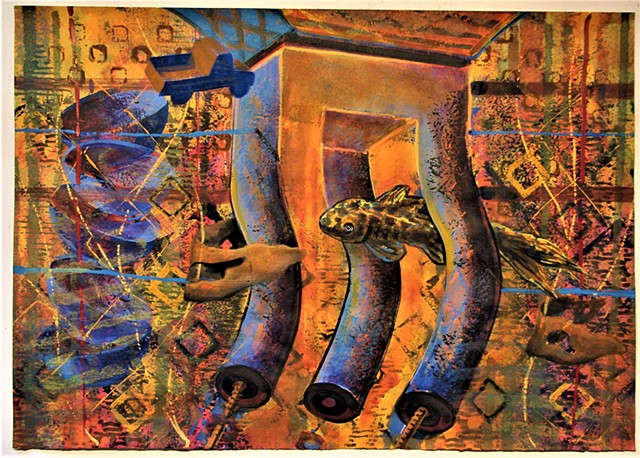 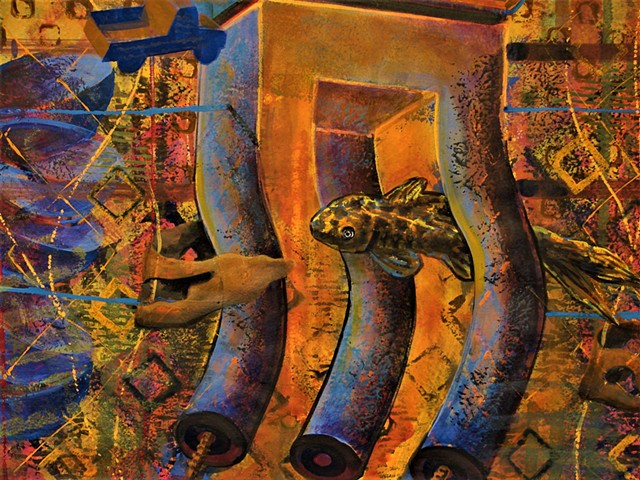 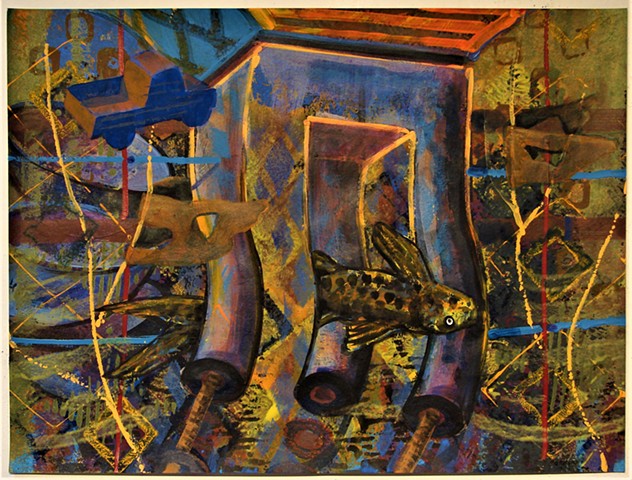 Study for Wobbling Redoubt of Doubt
ink, acrylic, and tempera on paper
18" X 24" 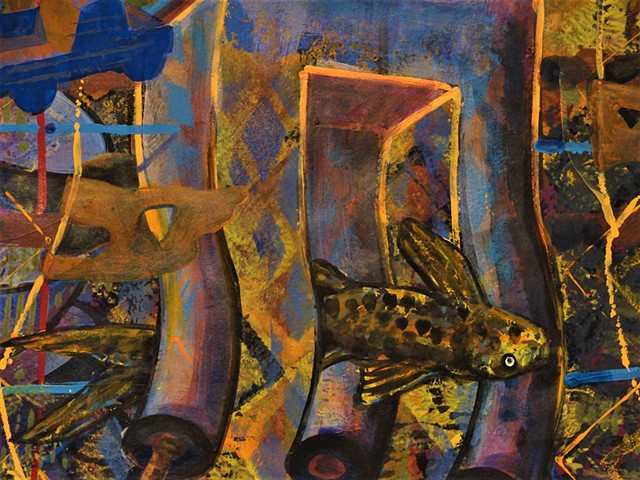 Holding Out Hope Beneath the Wobbling Redoubt of Doubt

In 1950’s America, we were born into a society and culture that was and mostly remains highly stratified. Back then, it was evident that – neighborhood by neighborhood, city-wide, across the suburbs and even in smaller rural towns – there seemed to be an acceptance that things were more or less in place, where they were meant to be. In many locales, this too remains unchanged, a structure just below the sightlines of most, creating and quietly enforcing unspoken limits. We all know it is there and has been for our whole lives. This is just how things ‘work.’ Don’t cut in line if you please, or even if you do, just don’t.

I’ve always been aware of the hollowness of this sort of legacy-for-all. It stands on tip toe wanting to see above it all while stepping ever so softly forward, relentless and tradition bound. The civility of this tip toeing is above question, despite the fact that, as we all know, standing up on one’s toes doesn’t improve balance. Instead as the straining feet and legs tire the muscles begin to tremble ever so slightly and a kind of wobbling begins. Holding on to the rest of the on-point system gives the length of it – the time it existed in up until now – the illusion of stability. In fact, the past up until now has been straining on this wobbling arm-in-arm chorus line and it will waver quietly on into the future expecting to be sustained by everything that it looks down upon. Top-heavy with crenelation the wobbling redoubt expects to be upheld, indefinitely.

‘Too big to fail’ is the latest strategy of those responsible for maintaining the illusion of stability for the wobbling redoubt. If we fail, we fall on you down there and nobody wants that, do they? So here in 2021 America we are all expected to buttress the system from all points below it.

Time marches on. The rent is due again. One day this might be yours. Can you count on it, waiting there in the wings? The spotlight has become a searchlight in many neighborhoods as police helicopters roam the night. The rag picker and his dark and dirty truck are also out cruising, picking about in the darkness below, making ends meet – dusk to dawn.

Dawn to dusk the workforce returns to their positions, stationed at the buttresses that extend beyond their sightlines, up to the heavier stonework, the foundation now misplaced in the sky above them. Making ends meet, the bottom of the wobbling redoubt must persist so that somewhere in the future their dead-end legacy will bear a different fruit. Down the block, out on the end of the road, out beyond the fields, there has always been a kind of freedom that also exists in semi-obscurity, waiting for the legacy to jump to a richer, more rewarding station, a plateau that is the holdout of hope.

Deep within the walls of the wobbling redoubt, hope and doubt wrestle in the minds and hearts of a society and culture that was once held aloft as a beacon. Now, and for most years looking back, the beacon is scattered into the dim and random trails of far-off fireflies, hectic tracers in the semi-dark of lifetimes holding out hope beneath the wobbling redoubt of doubt.