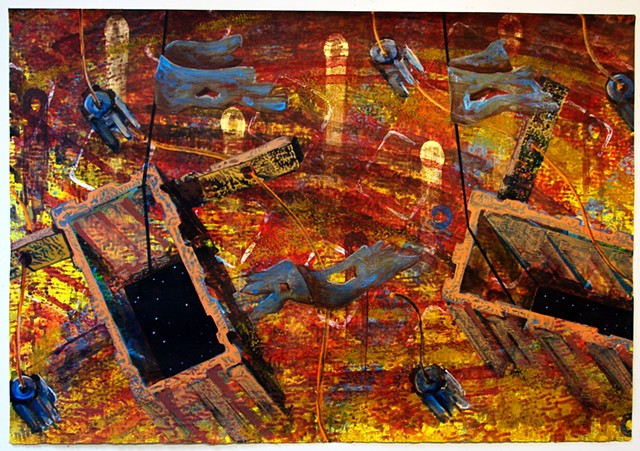 A guy at one of the theater companies in California I worked for used to say this at least once a day. Usually he was talking about someone else’s promises but occasionally his own too, promises that had never been realized no matter how brightly they shined at the time. It’s actually a pretty catchy refrain for a song that has been played almost everywhere and by everyone. Sing along.

The vividness of the past is often focused on either the biggest accomplishments or the most regretful failures, either of purpose or of execution. It has been remarked that the success in psychoanalysis at bringing the past back into our present consciousness might also be its most undeliberate failing. We bury things down in our subconscious that often are there for good reason and recalling them isn’t always a “healthy” option. The junkyard of the subconscious may be a darkly crowded place where there aren’t necessarily sunny days about to break out in the cloudiness. Nonetheless, consider the following. (Sing along.)

Assemblage is a kind of sculpture that might often begin with the fruitful scavenging of a junkyard. The “treasures” that are collected are then rescued into a new form and the resulting assemblage of disparate objects often successfully harmonizes the lot into a thinly disguised conglomeration of recognizable things that have also been transformed by their placement in this new compositional context. Often times the more successful assemblage sculpture works on both these levels simultaneously.

So then, one wonders why not hunt in disappointment’s junkyard for raw materials that can be transformed at the same time as we are also transformed in a kind of cleansing, renewal process as well? “Coulda’, shoulda’, woulda’ end up being “can, shall, will”. The arrow of time is hurried along in this process and what might have been – that which has languished in disappointment’s junkyard – becomes a re-evaluation. Ideally, the confession of past failure can become the recognition of a personal growth that transforms the hauntingly inert into raw material for today. In other words, it’s all in there anyway, so why not decide on some new ways to use it?