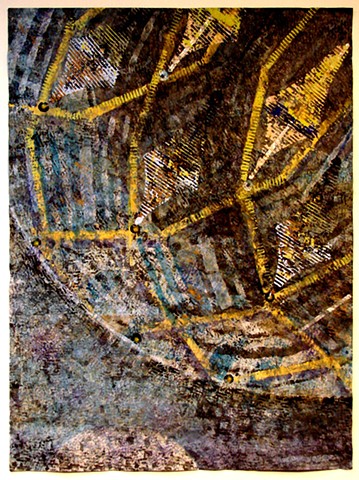 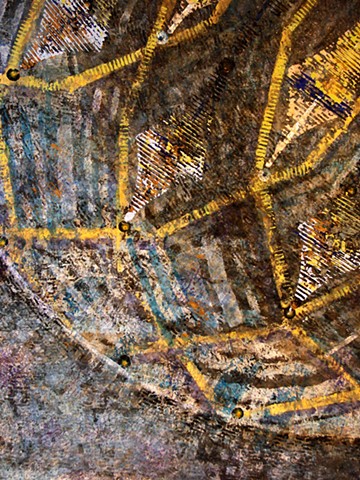 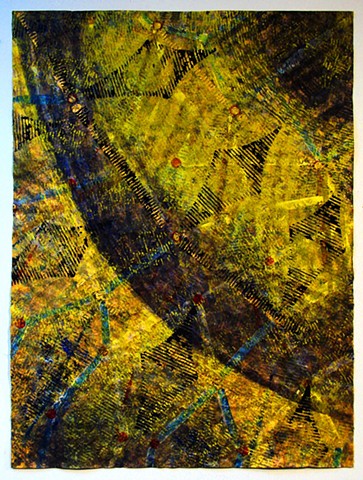 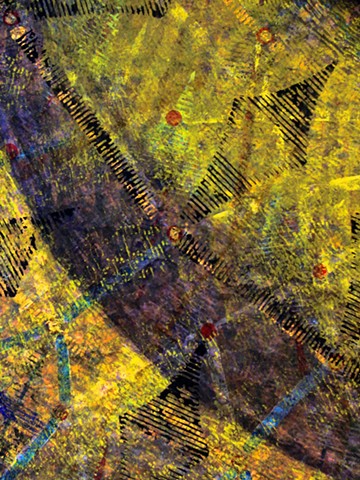 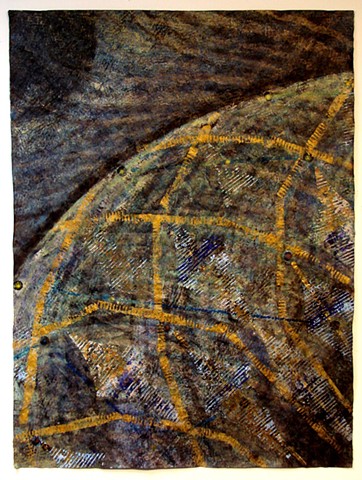 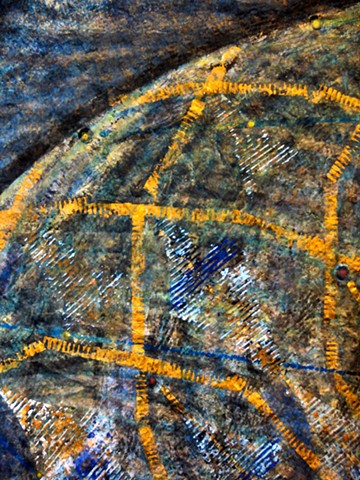 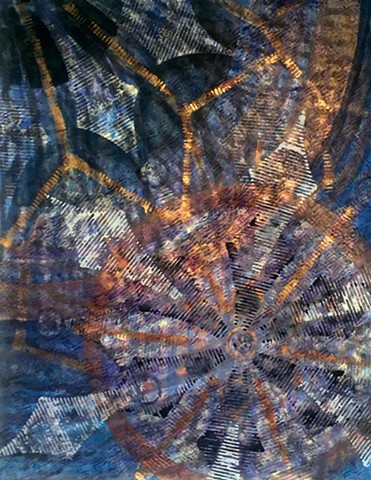 Watts Towers, what Simon Rodia called the ‘Nuestro Pueblo’ has the open-work structure of an arcade raising a row of seventeen spires into the sun washed skies of Los Angeles.

The arches of arcades – resembling the structure of a human throat – ripple across vaulted interiors that expand into reverberating, cathedral-like spaces.

The seasons roll eternally, coloring the surface and climate of our planet like the sparkling glass and imprinted textures of the snaking wall that encloses Rodia’s Towers.

Nature’s wheel is an arcaded procession of details and this wheel has followed us out of the past, when the imaginings of Kepler promised clock-work regularity until now with the reports of our telescopes measuring the known universe. A turning wheel and parade of seasons progresses past our lifetimes into the future.

These new paintings are a continuation of a theme that I called “The Wheel of Nature” the first images of which I created as an undergraduate at Tyler School of Art in Philadelphia in 1971. Almost 20 years later, a large three-dimensional painted piece – since lost in a studio fire in Oakland – picked up the theme again in a painting called “Outpost” which depicted a wedge-shaped section of landscape with a Rayonnant Gothic structure underpinning its solid forms.

More than a decade since “Outpost” and now working on paper – a decision partly made after the fire – these new pieces are what I envision as the energy formed out of Rodia’s steel structures. Compass or astrolabe-like figures are turning at a stately annual pace, and within them we live out a cycle dictated by the Three Fates: Clotho, the spinner, Lachesis, the weaver of life and finally, Atropos who cuts the fabric-like a curtain revealing a new generation tumbling into view.