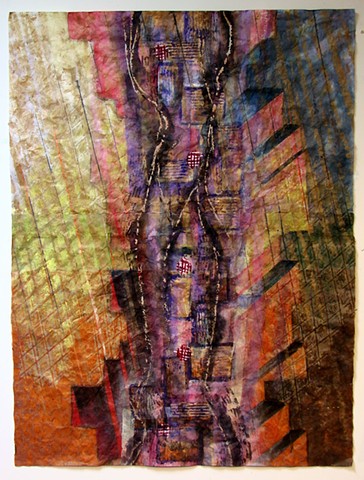 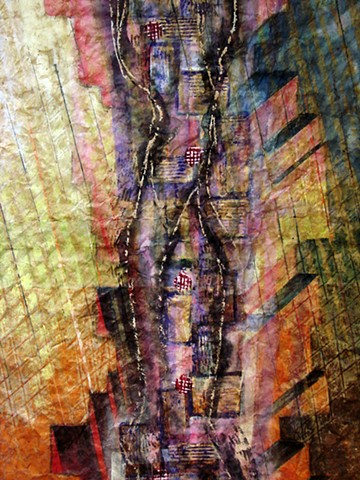 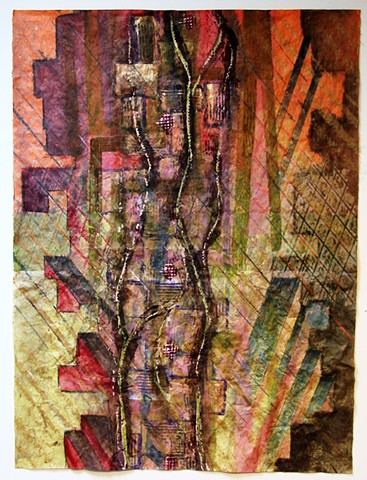 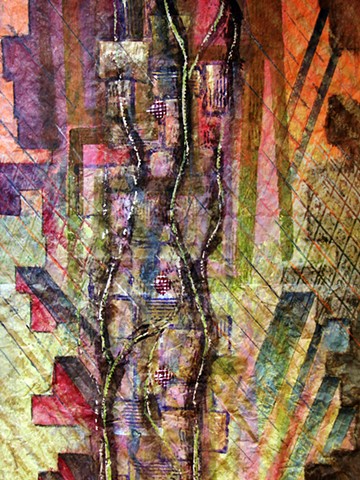 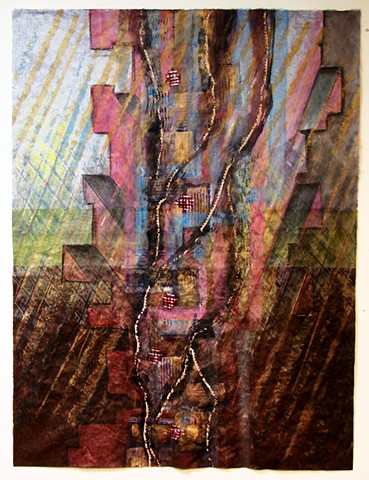 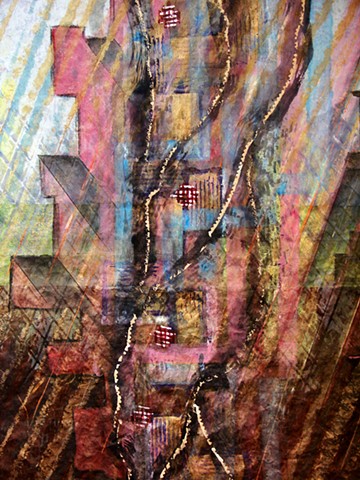 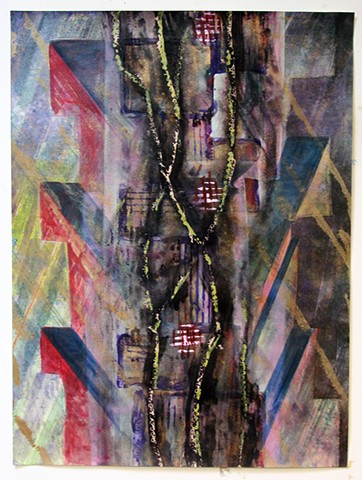 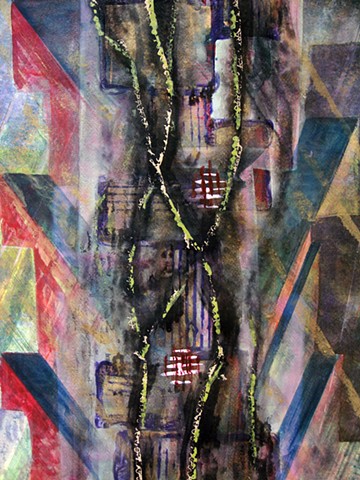 When the well runs dry or the crops fail and then a rain comes it is often ‘too little, too late.’

An abandoned dwelling in the desert quickly crumbles as the flood waters of an arroyo rush past its already ruined walls. The remaining structure is drawn away by the flood in a final razing and scattering downstream. As slowly as the settlement failed and its inhabitants moved away is juxtaposed to the downpour and flood as it races across the dry, hard pan. The floorplans are softened into smaller and smaller outcrops of mud, until they are little more than dune-like ripples.

The comet returns, and the Leonid meteor shower takes the evening quiet and scratches a helter-skelter of momentary white lines below the Milky Way and the rest of the night sky. During daylight this chaos goes unremarked but still whatever the comet sheds burns briefly above us in all directions. The otherwise stately array of constellations clawed with quick violent strokes as the comet passes.

At one time a group of buildings stood on top of a mesa near a small and often dry river. Rebuilding occurred after periodic flooding destroyed portions of the settlement and it and the river slowly moved downward with the eroding canyon. Terraced pathways lead to the ground above and with each subsequent flood a new stage of pathways stepped up to meet the others connecting the present with the past. Over time the past and its ribbon of sky above the settlement became more and more distant, a longer and longer climb to the surface.

The canyon widened as well and near its walls the flood deposited things from upstream, wood, fabric, pottery, even stones. Gradually, a sloping pile of detritus softened along the edges of the deep canyon, a talus-like step up to the first terraces. Eventually a series of parallel and perpendicular lines and rectangles seemed to enclose the walls of the settlement when looking down upon it from what was now a considerable height and climb. Over time the canyon receded until looking up from the floor one could see a ribbon of sky. Approaching the top by way of a circuit of switchback terraces would gradually reveal more and more sky and finally the four points of the horizon surrounding the top edges of the canyon.

What was down inside was a different world than what remained above and over time the cycles of heat and moisture made the deepest recesses of the canyon uninhabitable for humans. They all climbed out and scattered in four directions to find water and food, land that would support them with crops. Wind and floods broke over the walls they left behind. Rooftops collapsed, and walls followed until the river widening from time to time swept most of the building material away. The midden and broken walls became the only record of what used to be a settlement that supported generations of human families.

In a palimpsest-like time lapse, the layers are recorded in these paintings as a kind of coda in color, line, shape, and texture. A fabric of the passage of people, wind, water, and a history collapsed into one frame is presented like a weaving that Lachesis might have made to record these generations and their experiences, long passed, but still echoing up the walls of the canyon and out across the landscape. The story in the paintings is told in the visual terms of abstraction representing the site in which a narrative of life has long ago unfolded. The story only has an ending in the frames of these pictures. The life story continues elsewhere informed by what took place here.