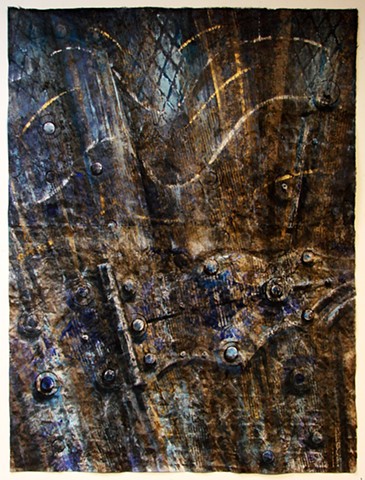 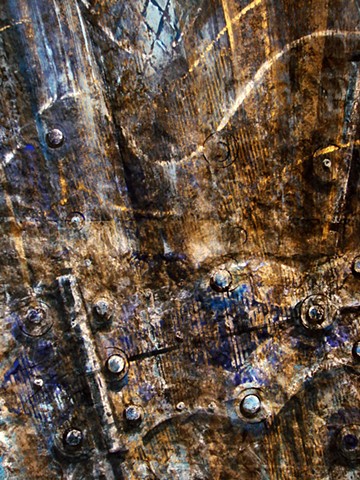 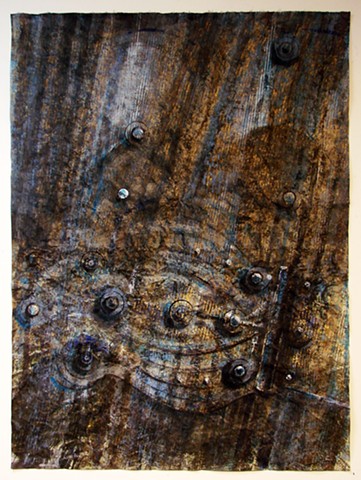 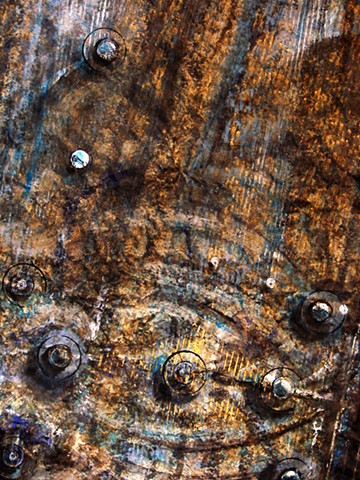 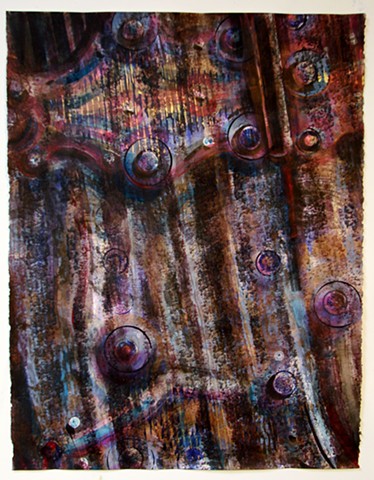 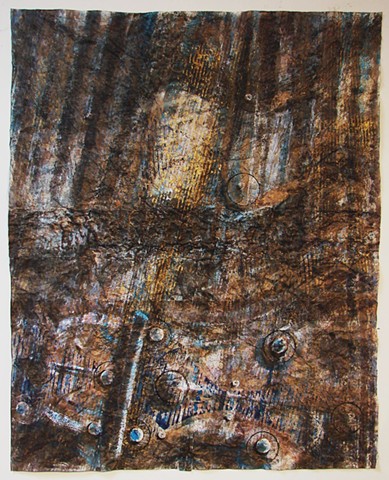 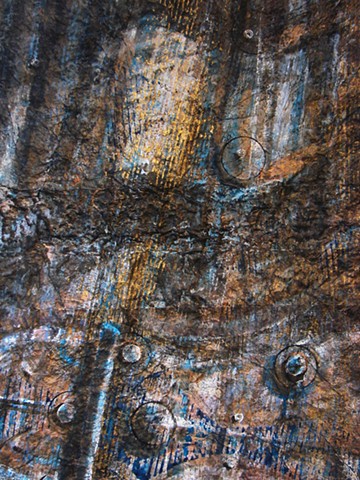 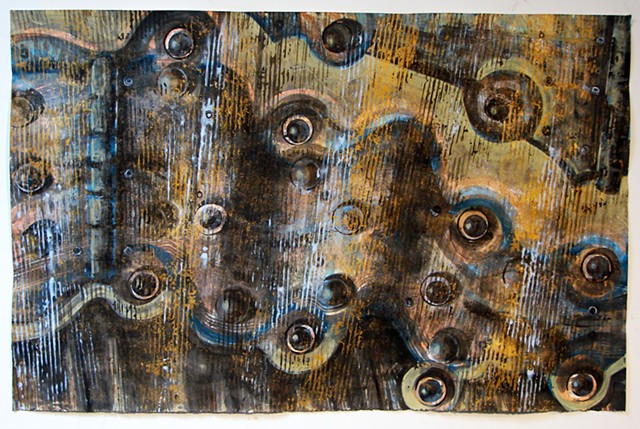 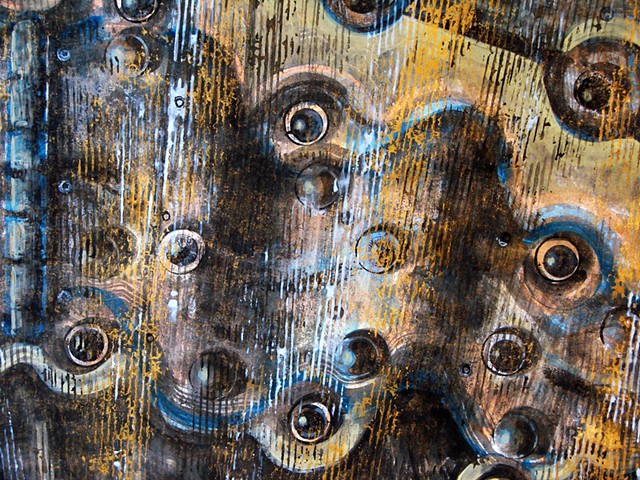 The cold night sky draws the Milky Way and myriad surrounding stars and distant galaxies in a dark blue blanket overhead. Winter’s approach moves slowly but deliberately across the landscape as Autumn winds unfurl an even drier curtain of air behind them. Frost descends as if the night sky were leaving its calling card in a thin sparkling layer on the surfaces of daylight.

I imagine this new season and its unmistakable temperatures during brief days to be moving like an enormous gate swinging sideways with the weight of a drawbridge. The elements seem to enter a suspended state as the gate moves by and behind it the dark curtain of Winter blows like a massive ragged standard. A march is taking place above hibernating animals, pits of sleeping snakes and pond bottoms hiding amphibians whose heart beats have slowed to the largo tempo of the season.

These paintings are meant to convey this pace and its cold, freezing conditions that slow the tempo of life to a near stand-still. The earth and everything on it must now find inside the gate of Winter the means to rebuild and prepare for the time that waits beyond the coming season’s gateway. The season of rebirth is hidden behind the slow dark rhythms of Winter but with each day after the Solstice possibilities regroup in the gaining daylight. Behind the mystery of Winter lies the potential hidden in seed and slow heart rate, a conservation that awaits its rewards in rejuvenation.