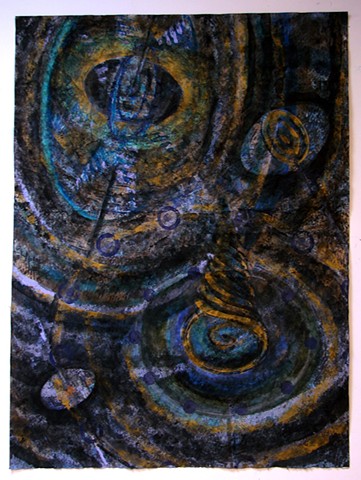 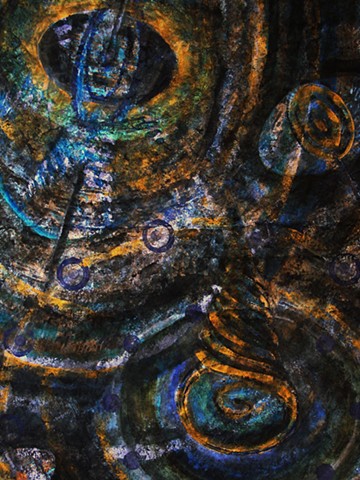 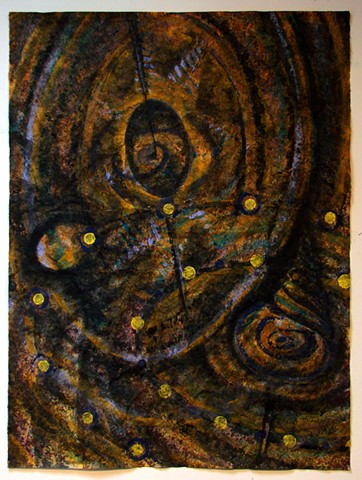 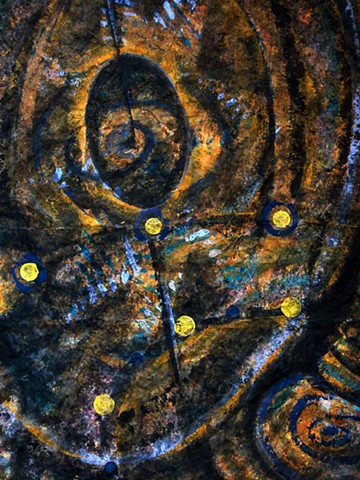 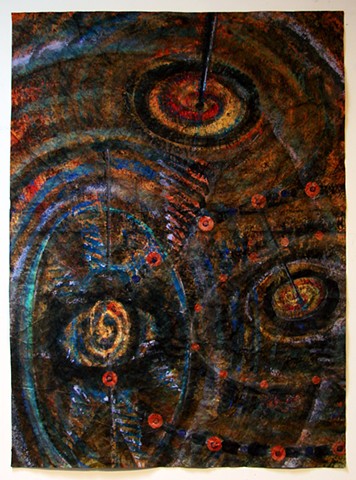 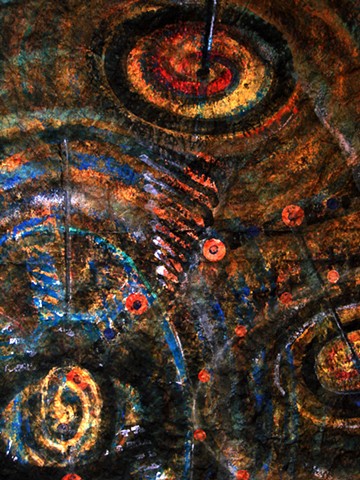 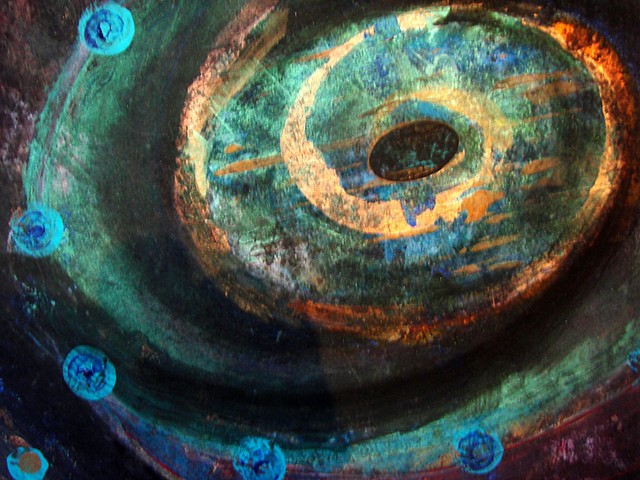 At least three ideas were meant to merge in these paintings. They could be symbolized by the gyroscopic tilt of the earth’s axis, the spindle whorl as a tool that has been found in prehistoric societies as they transitioned into more sedentary patterns of living, and the nave of the wheel, an emptiness and one of Lao Tse's examples from #40 in the Tao Te Ching. Spiral and Hole